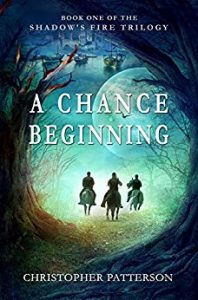 Erik Eleodum never wanted to be a hero. Fate had a different plan.

Erik will face danger, deceit, murder, death, evil, and – most terrifyingly – himself to become the hero he was always meant to be

Erik is content farming for his family for the rest of his life, while his brother and cousin can’t think of a worse fate. For different reasons, they leave the life they know behind. Soon, their world crashes down around them as they realize it is cruel, brutal, selfish, and violent. Now, they must not only rely on one another, but also on gypsies, thieves, mercenaries, dwarves, and a mage for their survival.

In the end, Erik will face danger, deceit, murder, death, evil, and – most terrifyingly – himself to become the hero he was always meant to be as an ancient evil many thought only a myth resurfaces.

Enter a world readers have compared to the epic fantasies of Lord of the Rings and Game of Thrones, a world of adventure, terror, political intrigue, sorcery, and great heroic deeds. Come face to face with ogres, elves, dwarves, slavers, black mages, ruthless warriors, dragons, evil and fear.

A true hero’s journey of faith, friendships, and trials well worth the price of admission!

Author Bio:
Christopher Patterson lives in Tucson, Arizona with his wife and three children. Christopher has a Masters in Education and is a teacher of many subjects, including English, History, Government, Economics, and Health. He is also a football and wrestling coach. Christopher fostered a love of the arts at a very young age, picking up the guitar at 7, the bass at 10, and dabbling in drawing and writing around the same time. His first major at the University of Arizona was, in fact, a BFA in Classical Guitar Performance, although he would eventually earn a BA in Literature and a BFA in Creative Writing.

Christopher Patterson grew up watching Star Wars, Dragon Slayer, and a cartoon version of The Hobbit. He started reading fantasy novels from a young age, took an early interest in early, Medieval Europe, and played Dungeons and Dragons. He has read The Hobbit, The Lord of the Rings, and the Wizard of Earthsea many times and heralds Tolkien, Jordan, and Martin, among others, as major influences in his own writing.

Christopher is also very involved in church, especially music and youth ministries, and is very active, having been a competitive power lifter since high school.

He thanks his grandmother for letting him waste paper on her typewriter while trying to write the “Next Great American Novel” and his parents for always supporting his dreams.