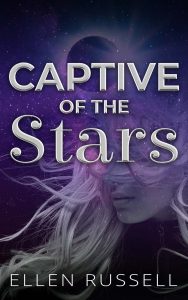 About Captive of the Stars

Taken captive by a rival planet, Carina finds herself caught in the middle of an interplanetary war. Her captor, a fierce Varusian soldier, is as infuriating as he is charming. With dangers on board the enemy ship and little hope for escape, Carina struggles to make her way in a foreign culture.

Ram is used to handling himself on and off the battlefield, so he doesn’t anticipate having much trouble overseeing a lone, Seuturan woman. But coming face to face with the enemy makes him start to question his loyalty. What started out as a mission motivated by revenge has turned into something a lot more complicated.

They come to realize the stakes are even higher than they could have imagined, but find what’s most at risk are their hearts.

Book 1 of the Seeking the Stars Series. Each book can be read as a standalone, though there is an overarching main military & political plot throughout the series.

A clean, sci-fi romance with some violence and mild profanity.

Buy the Book Here.
Author Bio:
Ellen Russell grew up listening to her mom read science fiction books to her, playing computer games, and planning out her own stories and worlds – and the beautiful dresses her heroines would wear. Now she still loves a good book, games when she can, and finds time to dream up those worlds and ideas – and shamelessly doodles ideas on her to-do lists.

She lives in the Southern California desert with her geeky husband, five kids, and cuddly dog.