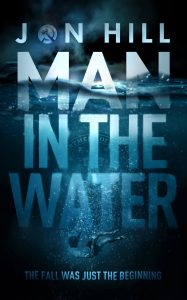 About Man In The Water

THE FALL WAS JUST THE BEGINNING…
An attempted murder.

And an international conspiracy that could change the world.

Jack Green has always been skeptical of so-called facts. Though he’s forced to confront the reality about his wife’s recent cancer diagnosis, he puts his own needs aside to make the best of what may be their last vacation. But he’s shocked to be rudely awoken in his stateroom, abducted by masked men and thrown off the cruise.

Plucked from the ocean’s cold grip of death, he fears the worst when he learns his spouse has disappeared. But when he returns home to find his mother-in-law and son missing, his frantic search reveals a staggering secret he refuses to believe… until someone tries to kill him.

Can Jack uncover the conspiracy surrounding his family before the next attempt on his life succeeds?

Man In The Water is the chilling first book in A Jack and Stacey Green suspense series. If you like spine-tingling espionage, complex characters, and surprise twists and turns, then you’ll love Jon Hill’s action-packed tale.

Author Bio:
Jon Hill lives in Pennsylvania with his wife, children, and dog (princess) Leia. He’s been on three cruises, which helped inspire the story for Man In The Water. He loves to read and write, preferably on stormy days, and spends too much time watching movies when he should be writing. He is an avid football fan and misses the days of pick-up tackle football and two-on-two sand volleyball. He still gets to play basketball on occasion, but he’s not that good at it. He works out and hates running, but since his wife is a runner, he finds himself trying to impress her with race times slower than their elementary school daughters. But he can still crush them all in a sprint, so at least there's that.

He is busy working on the next novel.