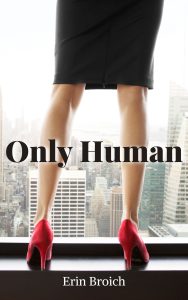 Zoey Weeks is the leader of the Sentinels, a team of superheroes dedicated to protecting their home, Speare City. To Zoey, the world is simple – she is the ultimate good, and her archenemy, Titan, is the epitome of evil. Her chance to stop him comes at last when she discovers his true identity. Gabriel Montesco is an intelligent, handsome, charming billionaire who will spend the rest of his life behind bars if Zoey has anything to say about it.

However, a powerful interdimensional warrior soon appears with a message for Zoey and her team. The world is now his – bow down or die. To defeat him, Zoey and the Sentinels must seek help from Gabriel and his Dark Alliance. Forced to work together, Zoey begins to uncover the forgotten details of their shared past and comes to realize that Gabriel wasn’t born a villain…he was made one. When they both recognize that the hate and distrust between them are not as absolute as they thought, their feelings towards each other become increasingly complicated.

As the two secretly grow closer, a betrayal by one of Zoey’s own will ultimately force her to make a choice. Continue living the privileged, straightforward life of a superhero, or throw it all away for the villain she never meant to love.

Author Bio:
Erin Broich has been writing since age fourteen and works as a freelance writer and an editor. She continues to work on her own projects as well, with a focus on the romance and fantasy genres. She resides in Iowa with her two cats, Moe and Kally.