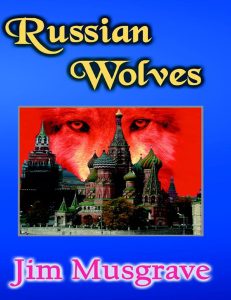 About Russian Wolves by Jim Musgrave

“Monster: The Jeffrey Dahmer Story” is currently Netflix’s most-watched title, according to its self-reported data released September 27, amassing more than 196 million viewing hours in the past week.

Both of these “monsters” worked and were tracked by authorities during almost the same time period: Dahmer: 1978-1991 (17 all male victims). Chikatilo: 1978-1990 (over 50 victims of both genders). Both were cannibals, but Chikatilo also kept trophies of his victims’ sex organs and put them inside an “artistic mosaic display” in his killing shack. Also, Chikatilo was a proud Communist Party Member who believed he was doing the government a “service” by disposing of the lowlife scum of Soviet-era Russia. Dahmer was basically apolitical and not very intelligent. Andrei was a successful school teacher for many years and was very educated.

The documentary on Netflix is completely “non-fiction,” allegedly. My book is based on factual research that goes back to Chikatilo’s childhood and progresses into his killing phase, but it also has a fictional “twist” in that his pursuer (an Ingush Muslim Detective) decides to use his prey as a hit man for the Russian Mafia, so he can get his family out of the crumbling Soviet Union to the United States of America.

Similar to Joyce Carol Oates’s novel about Dahmer, Zombie, I wanted my tale to take on a more profound symbolic, political, and artistic significance. With the atrocities showing up in Ukraine these days, it looks like my man Chikatilo might have been more symbolic than even he would have believed, proud Communist Party Member that he was! Who knows? Putin may have even drafted him.

Of course, as a teacher for twenty-five years, the real-life figure of Andrei Chikatilo is much more horrific to me than Jeffrey Dahmer ever could be. I find Dahmer more pathetic and sad, than he is symbolic of corruption and war. That’s just me. Tell me what you think if you watch the documentary on Dahmer and read my “true crime” novel, Russian Wolves. Seriously, my novel is much more graphic and “in your head” than the documentary on Dahmer or even on Chikatilo (“Red Ripper”). So, don’t read my thriller if you’re squeamish.
Read the review I posted on the landing page by one of my “fans” (plus a free sample of the novel). She explains the fear factor better than I can. https://tinyurl.com/chikatilo

Author Bio:
Professor James (Jim) Musgrave is an award-winning author who won First Place in the International Historical Fiction Category for his novel "Forevermore" about the fictional murder of Edgar Allan Poe. His stories have also won international awards, and he was a professor, author, and researcher for twenty-five years in San Diego. He's an ardent San Diego Padres baseball fan, and he enjoys taking long walks on Lake Murray (which he calls "Zen Lake").