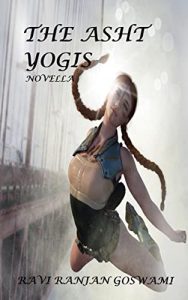 About Sankalp, The Resolution by Ravi Ranjan Goswami

This is a love story set in India before 1947
This also tells the story of the dreams and struggles of ordinary people in India before independence; Readers will definitely like this story.
Excerpt-“Surajbhan was going mad with anger. He carried loaded guns and searched the surrounding villages and the forests with his men. The girl had gone of her own free will, so he did not make a complaint with the police.
Balkishan came straight to his house with Lakshmi. He got off the horse. Then helped Lakshmi to dismount the horse.
The mother asked Balkishan, “Who is this girl?”
He narrated the story and said, “Now she is in your refuge. Both of us are in your refuge. We will do as you command.”
Mother held Lakshmi’s hand and said, “I take her in my shelter. You have to fight your own battle.” Saying this, she took Lakshmi inside the house with her. ”
Balkishan stood in a state of distrust for a while. Then he went to his room.”

Author Bio:
Ravi Ranjan Goswami is a native of India, born on May 3, 1961, in Jhansi. He is a retired Indian Revenue Service officer. He started writing in his high school days. He published his poems and short stories in his school, college magazines, and local newspapers. He is a bilingual writer, who likes to write in Hindi, his first language, and English.