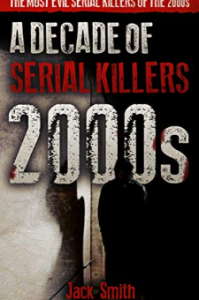 Discover the most wicked serial killers of the 2000s, one of the worst decades of true crime and heinous serial murderers America has ever known.

The 2000s held many watershed moments in world history. It was the decade that encompassed the terrorist attacks of September 11th, the wars in Afghanistan and Iraq, and outbreaks of lethal diseases such as SARS and Ebola. But what about serial killers? Even though they were almost drowned out by everything else that was going on, they were most certainly present. This book takes a look at some of the most infamous serial murders committed in the 2000s. From the DC Snipers to the Suffolk Strangler, the first decade of the 21st century was rife with the wanton death and destruction of serial killers. Come along with us as we examine how these depraved men went about their mayhem and how they were ultimately brought to justice.