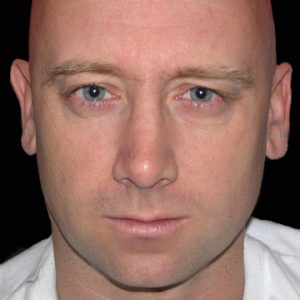 Tell us about yourself and how many books you have written.
That’s a very tricky ontological subject – my “self”, and I’m really not too sure what my self actually is. I suppose that’s part of the reason I spent an inordinate amount of time, years in fact, writing a book (and sorry, I’ve only written one so far), so I could just brain dump everything I think my self gets up to, where he goes every day, what he does, what he thinks, what he’s made of, what he’s going to do next and what’s in it for me.
To tell you the truth, my self drives me nuts. I really don’t like what he does half the time. I swing between berating him for being an idiot and praising him for his unique and fascinating insights into life. Yet most the time he sort of exists, like a piece of flotsam and jetsam, washing around at high tide, never knowing whether to jump onto the beach and stay there or just keep sloshing around in some sort of Sisyphean nightmare. I really hope you enjoy what he’s written though.

What is the name of your latest book and what inspired it?
My book is called “Goodbye, Mr. Descartes”. It was really inspired by a love for philosophical writing and travel. Two fantastic things happened to me in the middle of my life. Firstly I was fortunate to travel around the world several times and secondly I discovered philosophy. I really don’t know what I was thinking before then because travel really opens yours eyes up to the sheer beauty and magnificence of planet Earth and its wonderful vistas, culture and people and the other opens your mind to an internal journey of equal magnitude. Once I’d put those two together, I was steeled by a desire to write about both of them, and that’s how “Goodbye, Mr. Descartes” was born.

Do you have any unusual writing habits?
Nothing unsual, in so much as they are probably the habits of most writers. One day you can stare at the screen for what seems like hours and only write a sentence and the next day, thirty pages are written in a manic blur, during which you scribble out that crappy sentence you wrote the day before.

What authors, or books have influenced you?
Robert M Pirsig – Zen and the Art of Motorcycle Maintenance – nothing but genius. Erich Fromm – To Have or To Be – something changed inside me after reading that. Carl Jung – Memories, Dreams, Reflections – I read it as a teenager, liked it, but it was a mystery to me. I re-read it as a thirty-something and it spoke to me like no other book has since. Bryan Magee – Confessions of a Philosopher – that book really sparked my interest in philosophy and has cost me a lot of money spent trawling through bookshops buying the classics of philosophy. He also wrote another favourite of mine – The Philosophy of Schopenhauer, which introduced me to that unbridled genius of thought. The Non-Local Universe by Nadeau and Kafatos is one of my favourites as well – it’s probably one of the most important science books ever written, but not many people have heard of it. I’m currently reading Labyrinths by Borges – an author who I’ve always wanted to read but have, shamefully, only just got around to. I should have read him first!

What are you working on now?
I’ve got another fictional book targeted at a younger audience, a movie script I’ve been working on and a six part TV show that I’ve completed the pilot for.

What is your best method or website when it comes to promoting your books?
Awesomegang, of course!

What is the best advice you have ever heard?
A novel is ultimately a work of art that is open to interpretation. There is no one answer to the meaning of the book. Let each reader discover their own meanings. Even you as the author don’t have the definitive answer to the mystery of what you’ve written. So don’t take that away from the reader.

What are you reading now?
Labyrinths by Borges

What’s next for you as a writer?
I’m going to promote “Goodbye, Mr. Descartes” as much as I can, as I’d love to go on another big trip and write about that someday. For that I need people to buy this book!

If you were going to be stranded on a desert island and allowed to take 3 or 4 books with you what books would you bring?
The Non-Local Universe by Nadeau and Kafatos
Memories, Dreams, Reflections by Carl Jung
Zen and the Art of Motorcycle Maintenance by Robert M Pirsig
The World as Will and Representation by Schopenhauer