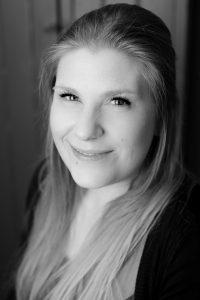 Tell us about yourself and how many books you have written.
I grew up watching my father write and the soundtrack of his typewriter instilled in me the desire to do the same. Stories came easily to me, and every time the local newspaper (I grew up in a VERY small town) published one of my little pieces, I would be over the moon, and further inspired to chase my dreams. In 2010, as a young mom in desperate need of reconnecting with my creative self—that part of me that had been shelved to raise my children—I started a blog as a creative discipline. I shared stories from my boring life, reconnected with that need to write, and started chasing the ultimate dream of writing a book.

What is the name of your latest book and what inspired it?
In 2014 I signed up for Nanowrimo with nothing more than a title and an idea that I wanted to write a thriller. The book that came out of that one month hyper-writing experience was not a thriller; it was much deeper and richer than I could have ever anticipated. It took almost three years of hard work before The Church in the Wildwood, my debut literary novel, was officially released in June of 2017, and through that arduous, rewarding process, I learned a lot. Not the least of which being that allowing myself space to do something that feeds my spirit made me a better, stronger person in other areas of my life.

Do you have any unusual writing habits?
I am a night owl. My best ideas come after the sun has set. I always make myself a hot drink before I sit down (tea or coffee) and I prefer to write in total silence – no music, no chatter, just the sound of my fingers on those keys. Perhaps it goes back to those childhood typewriter memories.

What authors, or books have influenced you?
Anne Rice writes with the kind of eloquent poetry I strive for. She has such a beautiful way with words that captures and inspires. And Leonard Cohen. Oh, Leonard. He moves me like no other. He wrote with such raw, unapologetic vulnerability – such a gift! I keep copies of his books all over my house, so no matter what room I’m in, I can always get a little fix.

What are you working on now?
I’ve just completed the first draft of The Ghost of Iris Carver, a companion piece to my first novel and a bridge between it and another novel, Black Bird, which is about 10,000 words away from completion.

What is your best method or website when it comes to promoting your books?
Social media has definitely been a great help for me in promoting, though I don’t think I’m very good at it. The truth is you really only get as much as you put in. When I disappear from platforms like Twitter or Instagram (because life gets in the way – three kids, a husband, and a day job is a lot to juggle!) my sales go down as does traffic to my website. When I’m active, engaging with followers, suddenly everything bumps up. There’s a lesson in there…

Do you have any advice for new authors?
Call yourself a writer. Naming the thing you want out loud gives it power and strong legs to stand on. When I kept my dreams to myself, I don’t believe they had any chance of coming to light. Sure, I was afraid people wouldn’t take me seriously, but voicing my desires helped me take myself seriously, and that’s the most important thing.

What is the best advice you have ever heard?
A first draft doesn’t have to be perfect. I don’t know if it’s the best advice, but it’s been instrumental in helping me complete drafts. I used to hang out on single paragraphs – even single sentences – until they were ‘just right’ instead of powering through and getting the story told. First drafts aren’t for anyone else to read. They’re supposed to be garbage. Perfection can come later in the process.

What are you reading now?
I recently finished ‘Out of Orange’ by Cleary Wolters and I’ve just taken on a beta-reading project for an author friend of mine – a science fiction novel. I also just ordered Jenna Fischer’s new memoir ‘The Actor’s Life’ and can’t wait to dig into it. With my children, we’re working through the Harry Potter series and are currently on The Prisoner of Azkaban, which I read aloud to them before bed.

What’s next for you as a writer?
I’m aiming to have The Ghost of Iris Carver out in the world in 2018, with Black Bird following closely behind in 2019.

If you were going to be stranded on a desert island and allowed to take 3 or 4 books with you what books would you bring?
Leonard Cohen’s ‘Book of Mercy’ – for its beauty and genuine voice; something by Ted Dekker – not so much for reading, but so I can gaze at his dreamy photo and not feel so alone; the biggest journal I can find – to write all those feelings of abandonment; and a hardcover copy of Battlefield Earth – because it’s big and could be used as a weapon or kidling…not to say it’s a terrible book, I just couldn’t get through it (but perhaps being on a deserted island would remedy that problem).