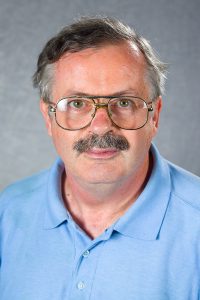 Tell us about yourself and how many books you have written.
I’m a graduate of Michigan State University (B. S., Medical Technology, 1976) and of the University of Kentucky (M. S., Microbiology, 1983). In my day job, in which I’m nearing retirement, I work as a research analyst in plant pathology. I’ve published twenty books on Kindle as well as several others through iUniverse, Smashwords, and Lulu. My wife, Anna, is also an author, specializing in Ancient Egyptian historical fiction.

What is the name of your latest book and what inspired it?
The most recent work of fiction that I’ve published on Kindle is LAST PROPHET OF ATLANTIS 2. A Name Revealed. This is the second book in a projected four-book series of contemporary fantasy about survivors of a lost land living in hiding in the Bluegrass of Kentucky. Part of the inspiration for the series comes from a local legend of survivors of Atlantis living in caves under Lexington. The story combines three interests of mine: Plato’s account of Atlantis, secret societies, and prophecy. In this case, I’m exploring what it would be like to be a prophet, but not want to be. The third book in the series is written and being revised, and I plan to write a first draft of the final book this year during NaNoWriMo.

Do you have any unusual writing habits?
I used to write first drafts in long hand, but it’s been a while since I’ve done so. Back in 2003, during the Great Ice Storm of February here in Lexington, I wrote a substantial part of my book Through the Gate of Horn by candlelight while I was without power for five days. These days, I write first drafts either quickly during NaNoWriMo or in about five-hundred word bursts before I go to work the rest of the year. I tend to revise everything at least ten times. I suppose that what’s unusual about me is that I like revision more than composition. Some have suggested that I have a future as an editor.

What are you working on now?
I generally like to work on several projects at once. Right now, I’m revising the third novel in the Last Prophet of Atlantis series and the first novel in a projected two-novel series on alien railroad Steampunk. I hope to have the latter novel out on Kindle before July. I’m also writing the first draft of the second novel in the Steampunk series.

What is your best method or website when it comes to promoting your books?
In promoting my fiction published on Kindle, I’ve relied heavily so far on Twitter and Facebook to promote both the Amazon page itself and blogs that I write about individual works. Now, I’m branching out to Awesomegang.

Do you have any advice for new authors?
Know at least one possible ending to your novel before you start to write it.

Write the first draft as quickly as you can.

Learn to use the editing features on Microsoft Word, if you use that as your word processor.

Learn to be an editor as well as a writer.

Keep in mind that your potential readers appreciate concision and clarity along with content.

Publish in haste, repent at leisure.

Learn how to do your own formatting for Kindle. It’s not hard, and you’ll both save yourself a bundle on formatting and be proud of what you turn out.

What is the best advice you have ever heard?
Robert A. Heinlein’s Second Rule for Writers: “Finish what you start.”

What are you reading now?
Just as I like to write several works at once, I also like to read several books at once. Just now, in fiction, I’m reading Dreams of Joy, a novel of the Chinese experience in America that my wife introduced to me, The Massive Book of Steampunk Adventures, and The Frontiersmen, a book about the settlement of Kentucky and Ohio.

What’s next for you as a writer?
I plan to finish the second Steampunk book and then write the final Last Prophet of Atlantis book. Afterwards, I plan to make my first foray into historical fiction with a book on the life of the prophet Jeremiah set against the destruction of Jerusalem by the Babylonians.

If you were going to be stranded on a desert island and allowed to take 3 or 4 books with you what books would you bring?
Only four books? You’re talking about the destruction of Atlantis here.