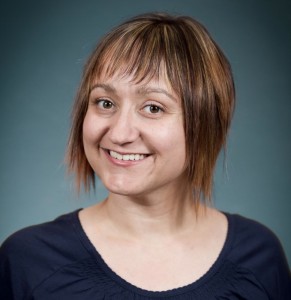 Tell us about yourself and how many books you have written.
I’m a writer, a coffee fanatic, a mountain bike enthusiast, a teacher, and a mom to three amazing children. I also have an adorable miniature schnauzer named Rufus.

I have two books published right now, one contracted to a publisher and in the editorial process, and two in rough draft format.

What is the name of your latest book and what inspired it?
My latest release, Dragonfly, was inspired by the idea that love can be a powerful catalyst for change.

Do you have any unusual writing habits?
When I’m especially busy, I dictate my writing to my phone, as I drive to work, so I can listen to myself later and write it down. Sometimes I forget that I’m recording and I catch myself talking to myself – organizing my thoughts for the day or whatever. Then later when I listen to it, I have to laugh. I can sound ridiculous!

What authors, or books have influenced you?
I think I’ve been greatly influenced by books that made me “feel”. Books like “Summer of my German Soldier”, when I was younger, or “Hunger Games”. Book like the Mark of the Lion series, by Francine Rivers. These are all nothing like the stories I write, of course, but they are stories where personal courage, forgiveness and redemption are such important themes. I love that. I want to write about that.

What are you working on now?
Right now, I’m veering away from the speculative fiction genre and moving towards a YA drama.The piece I’m working on now is about a painfully shy girl who goes to live with her mom for the summer in a small mountain biking community. It’s much different than anything I’ve written before, but I like it, I think. It’s sweet.

What is your best method or website when it comes to promoting your books?
I have yet to discover the best method of promotion. I’d much rather be writing than promoting, any day. Hoping that Awesome Gang helps a little in the area of promotion.

Do you have any advice for new authors?
Keep writing. Set a deadline for yourself. And plan. It’s okay to go off plan, of course, but if you go into a piece with no plan in place, you very well might get lost.

What are you reading now?
Labor Day, by Joseph Farley. It’s a pre-release, coming out in a couple of months. It is fantastic.

What’s next for you as a writer?
I have another book coming out soon (Infusion), and I’m just working with my editor on another release, which is yet only tentatively titled. I also have a third piece in the early editing stages.

If you were going to be stranded on a desert island and allowed to take 3 or 4 books with you what books would you bring?
A Prayer for Owen Meany, The Mark of the Lion Trilogy, Mockingly… and maybe a guide book on how to survive on a desert island?