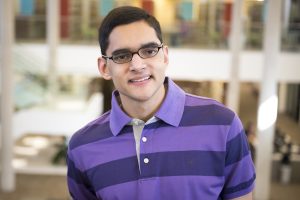 Tell us about yourself and how many books you have written.
First of all, thank you for the invitation to interview with your blog. My writing background is that I have several different works published and upcoming, many of which fall under different genres. But as of right now, my main flagship work is my Dark Guardian Series. This is a three part darker vigilante/superhero series. It follows Ethan Daniels as he dons the mask of The Guardian, a vigilante who will soon be feared by the criminals and the corrupt. Reborn through fire, Ethan is armed with advanced skills, an arsenal of weaponry, and vast resources. His sights are focused on one thing, and nothing will stop him. Soon, he will rise from vigilante to hero. And from hero to legend.

My other major work is a historical novel, Memories Of My Future. This piece actually won a national award in May 2017 and has been met with a really warm reception!

Do you have any unusual writing habits?
My writing process always begins with a theme. I ask myself, “Why should readers read this? What do I hope they get out of it?” As entertaining as I hope my stories are, I want them to hold some sort of moral lesson or theme for the audience as well. At the same time, I don’t want to slap readers in the face with this ‘theme’. Instead, I want to show it in the characters and story arc. So I take a lot of time in figuring out who my character are. As far as pre-writing goes, I probably spend more time fleshing out the characters than I spend on anything else. Many times, putting in the effort to create three dimensional characters is the separator between good and great work.
However, with that said, my writing process is very fluid. I like to try and create an outline before I go into the actual writing. But many times I find myself starting the first draft before I’ve even finished my outline. The inspiration comes in bursts so I try to capitalize on those bursts as much as I can. I find that being too stringent on my writing process can actually become a hindrance.
As far as inspiration goes, I honestly draw inspiration from everywhere. I’ve had a huge imagination since I was a child, so that is usually my biggest source. I have a hard time switching my imagination off, which can be a problem when somebody is trying to talk to you and you’re imagining a battle scene in your head! The other place I really draw inspiration is from the world around me. I try to stay observant because sometimes the best inspiration passes by right in front of you!

What authors, or books have influenced you?
Honestly, I’m more of a fan of the classics and some of my favourites include Og Mandino, J. R. R. Tolkien, George Orwell, Harper Lee, & Mark Twain.

What are you working on now?
I’m not working on anything new at the moment. My agent is working on selling a couple of projects and I have two more in the process of being published during the first half of 2018, so doing the final editing and PR for those is taking up all my time!

What is your best method or website when it comes to promoting your books?
The best method for promotion is to take every opportunity you can get. You build a fanbase one fan at a time. Treat every opportunity like you are on Good Morning America, and people will sense your genuine appreciation, and will love you for it!

Do you have any advice for new authors?
I’ve learned a lot about the industry over the past few years. What I’ve seen is that along with filmmaking, it is probably the most subjective industry out there. A writer may spend months perfecting their story, putting their heart and soul into it, staying up the whole night working on it, only for an editor to reject it with a short sentence of vague reasoning. That’s what can make the industry very frustrating.
What I tell people who ask is that you need to write something that you believe in. Don’t worry about what others think about it. If you think it’s a great story and one that needs to be told, then write it! The other thing is that writers need to have thick skin. Editors and agents reject hundreds of works a day, so never take it personal. Even critics give bad reviews all the time. But if you believe in your work and did your best, then never let the opinions of anyone tear you down. Write stories that you’d want to read, regardless of what others say!

What is the best advice you have ever heard?
Writers should always help other writers! Write what you believe in, even if no one else believes in it at the time.

What are you reading now?
I’m currently reading some graphic novels that a fan sent me for Christmas!

What’s next for you as a writer?
However, I have a police novel releasing March 2nd, 2018! It’s titled Ana Rocha: Shadows of Justice!

If you were going to be stranded on a desert island and allowed to take 3 or 4 books with you what books would you bring?
I’m bringing 4 books about how to build a raft and get off the island!!