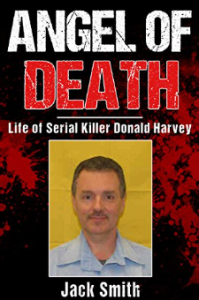 Cold Blooded Murderer or Angel of Mercy? Ronald Harvey claimed to have killed 87 persons under his care. This is his story from his first to last breath.

Sometimes it seems that each new serial killer caught ends up being convicted of crimes more heinous than his predecessors—but Donald Harvey takes the crown. Born in Butler County, Ohio, in 1952, the “Angel of Death,” as he liked to be called, had committed 13 murders by the time he turned 18. He grew up in an abusive and hostile environment, but all who came to know him described him as a “good boy.” None of them would have guessed that this boy could commit cold-blooded murder without batting an eyelash.

On March 30, 2017, the Angel of Death finally took his last breath at the Toledo Correctional Institute. But what spurred this man to commit 87 murders in the span of 17 years? He claimed to have started killing to “ease the pain” of hospital patients but later confided that he liked the feeling of control. Whatever his motive, Donald Harvey was undoubtedly among the most ruthless and heartless criminals ever to plague the United States.