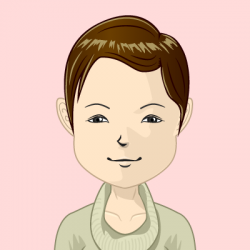 Tell us about yourself and how many books you have written.
I have written and published six books. My debut novella was Courting Pippa, which received very good reviews and ratings on Smashwords and Goodreads.

This was quickly followed by Lifesaver in a Bikini, a romance/thriller. Basically, this is the prequel to the Cameron Series.

Book One of the Cameron series is entitled Return to Cameron Country, about an Australian Special Forces soldier named Bryce Cameron and the love of his life, Belle. Book Two, entitled Cameron of the Skies is about Black Hawk Helicopter Pilot Banjo Cameron of the Australian Air Corp. This also features Andy Cosgrove, a U. S. Nightstalker-in-training helicopter pilot. Both are full-length action/thriller/romance novels.

What is the name of your latest book and what inspired it?
My lastest book offering was Loving Faith Hope.

It has an interesting premise: Love is not deserved, it is given. The main protagonist, Luke Walker, is an L.A. firefighter. He’s our typical hero – good looking, tall and sexy. That is, until he lost his good looks saving his surrogate sister from a burning building. His long-term girlfriend sees him only as the hero he is, but all he sees is a disfigured man. Would he be able to accept the love she’s offering?

It is a story that tells of the many shapes and forms love takes. Love between lovers, love between friends, love among family members.

It is inspired and informed by a real life event.

Do you have any unusual writing habits?
I’m currently writing three stories at once. It’s both exciting and frustrating. I just can’t help it. When a plot germinates in my head, it won’t let go until I get up and start writing. My brain keeps churning out these scenes and characters all the time.

I won’t have it any other way, though. That’s just the way I roll.

What authors, or books have influenced you?
In the action and thriller genre, I am influenced by writers who were actual spies and soldiers. So, there’s Frederick Forsyth, Andy McNab, Chris Ryan, Duncan Falconer, among others. I also read a lot of military histories and autobiographies.

In the suspense genre, I am heavily influenced by John Grisham, Brad Thor, Robert Ludlum (of his earliest work), Vince Flynn and a few more I can’t recall at the moment.

What are you working on now?
I’m currently working on Book Three of Cameron Series, which will feature Maj Ben Cameron, Australian Military Intelligence. The story is against the backdrop of terrorism, with exotic locations such as India and countries in five continents.

Also, working on a drama/romance story called Mosaic. This tackles the subject of rape and child abuse.

What is your best method or website when it comes to promoting your books?
When promoting my books, I use Amazon, Goodreads, Facebook, websites like Freebooksy and Awesomegang, which have been really helpful.

Do you have any advice for new authors?
Research, write well, edit, proof-read, repeat. A book is not ready for the readers’ eyes until it’s been through the process at least half a dozen times. I learned this the hard way.

What is the best advice you have ever heard?
Just do it!

What are you reading now?
At the moment, not reading … too busy with three stories being written concurrently. All I’ve been reading are research materials.

What’s next for you as a writer?
A best-seller listing, that’s for sure. And make enough to buy a new laptop. This one I’m using is about to give up the ghost.

If you were going to be stranded on a desert island and allowed to take 3 or 4 books with you what books would you bring?
I’ll bring a book each of Brad Thor, Frederick Forsyth, Daniel Silva and Chris Ryan.