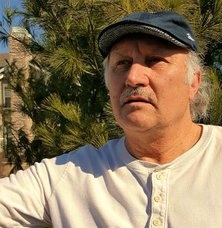 Tell us about yourself and how many books you have written.
YOU DON’T KNOW ME YET, BUT YOU SHOULD. To date, I have written four novels and two collections of short stories. I am honored to be added to the Illinois Authors Wiki, a project of the Illinois Center for the Book. The project is a comprehensive resource for information on authors, photographers, and illustrators who have published books and have lived in Illinois or written about Illinois.

My first novel, Halfway to a Southern Heart, was five years in the making and inspired by John Grisham’s A Painted House. Grisham’s book was made into a television movie in 2003 and the house used in the movie set still stands in the rural community south of downtown Lepanto, Arkansas.

My third novel, Halfway to the Truth, is hailed as eco-fiction at its best and has received the LiFE (Literature for Environment) Award for my use of electronic waste as the story plot. This fictional thriller moves the reader from the shipyards of Savannah, Georgia to a hazardous electronic waste site in the horn of Africa and explores its environmental and health impact.

I chose to use the ‘halfway to’ theme for my books titles based on my road travels around the country. Seemingly, I was halfway to a destination when a character, plot, or location came to my imagination taken from the things I saw along the way. Throughout the remainder of the trip, a strong, mental outline followed on how I planned to use those elements in a story. I am excited to continue to take pieces of my life experiences and mold them into fictional works of art for your enjoyment.

What is the name of your latest book and what inspired it?
My latest book is called, Halfway to Creepy 2. I originally intended to write only one collection of short, bizarre stories for release by Halloween 2016. But, I found the stories were really coming to me, so I wrote the second book as well. My inspiration came from the creepy shows I watched as a kid, like those of Alfred Hitchcock and Twilight Zone. I try to write using a state of mind which I refer to as creepy, rather than, using written imagery which to me is horror. And, I don’t always detail everything on purpose because I want the reader’s own experiences to fill in the blanks.

Do you have any unusual writing habits?
In the beginning, I wrote at all hours of the night. Once, my wife found me belly-down in a closet hunched over my keyboard so I wouldn’t disturb her. I was there because I didn’t want to lose my train of thought on a scene, because I don’t think I could have ever remembered what I wanted to write the next day. But now I have settled down and generally write only during the day when she is involved in other activities.

What authors, or books have influenced you?
As stated earlier, John Grisham played a big part in my becoming an author, but I like to read lots of authors. Most notably, Janet Evanovich for series and John Berendt’s, Midnight in the Garden of Good and Evil. But since becoming an author and knowing the struggles independent authors go through, I’ve found new enjoyment reading lessor known authors. Joey Pinkney, Leeky Behrman, and Cynthia Morgan to name a few.

What are you working on now?
I have been working on Halfway to a Vineyard since last summer, but put it aside to work on my Creepy books. Then I had total knee replacement in September which took any desire to write off the table for several months. I’ve tried getting back into it, but its been a struggle to tackle it. I fill my time most days lately by performing the marketing aspects of writing and thinking about my next books, Halfway to Creepy 3 and Halfway to MMXX. I accept that sometimes this happens to writers.

What is your best method or website when it comes to promoting your books?
I’ve tried using Twitter and Facebook for book promotion but they didn’t seem to work well for me. Now, I mostly rely on my website and Amazon promotions. I can be found on AuthorsDb, Pinterest, GoodReads, and LinkedIn as well.

Do you have any advice for new authors?
Everyone has a book in them, so if the call to write really bites you, start. Even if it takes you a long time to complete, as my first novel took me, you may be surprised at what results. Also, learn as much as you can about punctuation, grammar etc. because readers are sophisticated and critical. Most of all, you can’t have thin skin – there will be criticisms and you will have to find a way to accept and learn from them.

What is the best advice you have ever heard?
I haven’t heard it yet, but I keep listening.

What are you reading now?
I recently finished an advance copy of Hit and Run by request from Dr, Bob Rich and can’t wait for him to release it. My wife and I also shared reading a memoir by a man we met recently who grew up in English orphanages. The title is The Violets Are Mine – Tales of an Unwanted Orphan. His writing was somewhat crude, but the story compelling and poignant. Having met the author made a big difference in how we perceived his book.

What’s next for you as a writer?
Who knows, but I’ll take the ride.

If you were going to be stranded on a desert island and allowed to take 3 or 4 books with you what books would you bring?
The Bible, Treasure Island, and Cooking Fish the Right Way