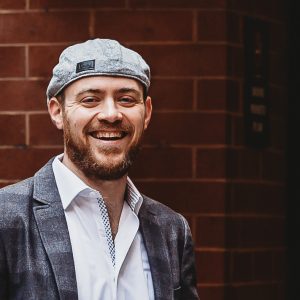 Tell us about yourself and how many books you have written.
I am trying to change the world!! Ha! Now that I have the cliché part of that done, let’s get into the real part of it. I am trying to change the world, but the real question is how. I help people rediscover the magic within themselves and others, and I do it through speaking, coaching, and writing. I have written 4 children’s books to date, and 1 self-help book.

What is the name of your latest book and what inspired it?
My latest book is called The Little Book Of Greatness. I actually meant to write another book! I took a job where I drove 9000 miles in 2 months, during which time I was going to write my other book. But I didn’t have the time to do any writing, and I had a lot of time to think while driving all those miles. I came up with the concept of the 5 Keys To Greatness, and as soon as I had that, I knew I needed to write that book first. Boom! The Little Book Of Greatness is that book – and now I’m working on my next one.

Do you have any unusual writing habits?
Ha! Great question. My writing habit does best when I feed it every day. Kind of like drugs. But I have unusual working habits in that I tend to be a night owl – as an example, I’m doing this interview late at night.

What authors, or books have influenced you?
I’ve been influenced by a number of authors and books. I read a lot of Stephen King when I was younger – after moving through Goosebumps and then Fear Street as a kid, Stephen King was the next step. His writing I don’t think influenced me too much – his book On Writing (called On Writing) influenced me tremendously. I don’t think I would have come across that book without having discovered his novels beforehand. My absolute favorite books to this day include To Kill A Mockingbird, Grapes of Wrath, The Last Dragon, The Worthing Saga, and The Alchemist.

What are you working on now?
I am working on getting my book out there while building my business! I have a speaking and coaching business.

What is your best method or website when it comes to promoting your books?
I don’t know yet, I’m pretty new at this and haven’t yet found anything to work spectacularly. I’m guessing that a bunch of small efforts will combine into a huge win. I have a virtual book tour happening in December 2020 though, I’m excited about that!

Do you have any advice for new authors?
Write. Every day. Believe in yourself. Edit, edit, edit. No matter how good you think you are, edit. A lot. Cut it down, tighten it up, make it better.

What is the best advice you have ever heard?
Regarding writing? Write every day. From Stephen King’s On Writing. Currently not listening to it but shh! that will be our little secret.

What are you reading now?
A historical fiction about Katherine of Aragon, Henry the VIII’s first wife. I’m enjoying parts of it immensely because I just went to the Tower of London for the first time (after wanting to go for many years) in January of this past year (right before coronavirus blew up).

What’s next for you as a writer?
More writing, mwahahahaha!!!! Joking. Well, mostly. Writing – I have tons of notes of books I want to write. Speaking – I love talking to people and making a difference in people’s lives. Coaching – ditto to above, but one-on-one.

If you were going to be stranded on a desert island and allowed to take 3 or 4 books with you what books would you bring?
A Kindle. Ha I don’t even like reading electronically. I do it when there is nothing else. But definitely not preferred. Grapes of Wrath. Hunchback of Notre Dame. Atlas Shrugged. Pillars of the Earth.