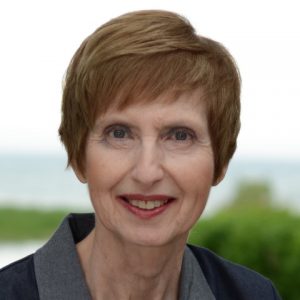 Tell us about yourself and how many books you have written.
I was born in Toronto, spent a lot of years living in various parts of the Greater Toronto Area, and finally moved to Collingwood, Ontario when I retired from the high school classroom in 2012. That was a huge turning point in my life, because I was finally free to do what I’d always wanted to do: have a writing career. Up until then, I’d been teaching full time and writing in my spare time (winter and summer breaks, basically). Now I write full time and conduct occasional writing workshops.

My writing output before 2012 was sporadic and more or less eclectic. I did substantive editing for a line of romantic suspense novels, then wrote one of my own. I also had a few children’s stories published in local magazines, wrote a middle grade novel, even wrote press releases one summer for an IT company. A self-published teaching manual written in collaboration with another educator drew submissions from other teachers, and next thing I knew I was a micro-publisher of educational materials. That adventure lasted for about ten years. Don’t ask me how I managed to do all this while raising two children and running a household. Just thinking about it now makes me feel tired!

Since 2012, I’ve been much more focused with my writing. First, I felt compelled to quantify and share what I’d learned over the years about teaching students English and literacy, so I wrote two classroom literacy programs, one for grades 9 to 12 (Literacy Made for All, published by Rowman & Littlefield) and the other an updated version of that first self-published manual (Let Them Write, also from Rowman & Littlefield), collaborating again with the same writing partner. After that, I returned to my first love, speculative fiction, and got busy committing to the page some of the stories that had been floating around inside my head for so very long.

What is the name of your latest book and what inspired it?
My latest published book is The Cockroach Crusade, Book 5 of Sic Transit Terra. I began writing this series of space opera novels in earnest in 2015, after EDGE Science Fiction and Fantasy Publishing accepted Book 1: The Genius Asylum for publication. It would be fair to say that The Cockroach Crusade was inspired by the four books that preceded it, since it contains the climax of the overarching story arc begun in The Genius Asylum.

The Sic Transit Terra universe, meanwhile, has been growing steadily larger, clearer, and richer in my imagination for the past 35 years, and the process will probably never end. Each story that develops in this universe shows me a corner of it that I hadn’t noticed before.

Do you have any unusual writing habits?
Not unusual for me, but perhaps others might consider it peculiar. I talk to myself while drafting at the keyboard. I act out scenes of dialogue, with gestures and facial expressions. Sometimes, when I’m working out the details of a conversation, I’ll step into one of the roles and talk to myself in the bathroom mirror. In character. While washing my hands. (Okay, maybe it is a little unusual.)

What authors, or books have influenced you?
Every book I read influences me in some way. I grew up greedily absorbing the classic sf authors. Ray Bradbury, of course. Harry Harrison. Robert A. Heinlein. Et many al. Reading in the genre made me want to write in it as well. More recently, I’ve found inspiration and examples to follow in the work of Terry Pratchett, Janet Kellough, and J.K. Rowling. The Night Circus by Erin Morgenstern was, for me, a master class in evocative descriptive writing. But the author who made the deepest impression on me (because she had only written four books that I knew of and every story went straight to my heart) was Zenna Henderson. She set the bar that I keep striving to reach.

What are you working on now?
I am currently writing the sixth Sic Transit Terra book, titled The Identity Shift. It picks up the first story arc four years after the end of The Cockroach Crusade, tying up some loose ends and laying the foundation for the next round of storytelling.

What is your best method or website when it comes to promoting your books?
I don’t actually have a single “best” method. It’s a question for me of how most wisely to invest my time and energy, given that I’m now in my 70s, with about thirty books that I still want to write. So I have an author’s page on Facebook, as well as one for Sic Transit Terra, and I make a point of attending two literary conferences a year, where I give workshops, perform readings, and participate on panels.

Do you have any advice for new authors?
For someone just starting out, it’s important to realize that writing puts you on a lifelong learning curve. It’s not just about the research. Every book you read is going to teach you something about the craft, so it’s important to read as much and as widely as you can.

What is the best advice you have ever heard?
Write the book that demands to be written. Write the stories your characters bring you. Focus on telling the most engaging tale you can, and let the publishers and booksellers worry about such things as genre. If necessary, they’ll create a new one just for you. After all, once upon a time there was no such thing as a paranormal romance.

What are you reading now?
I’ve got three books on the go: Mort by Terry Pratchett, the Superheroes Universe anthology edited by Mark Shainblum and Claude Lalumiere (EDGE), and Cylons in America: Critical Studies in Battlestar Galactica, edited by Tiffany Potter and C.W. Marshall.

What’s next for you as a writer?
I have an entire filing cabinet filled with “summer stories”, novels and novellas that I began writing in July and had to abandon in August when it was time to prepare for the coming school year. When The Identity Shift is completed, I plan to find a summer story that speaks to me and finish writing it.

If you were going to be stranded on a desert island and allowed to take 3 or 4 books with you what books would you bring?
A dictionary, a thesaurus, and a really good world atlas. And several reams of paper, and a lifetime supply of writing tools. In other words, the makings for many books. And writing them would keep me sane.