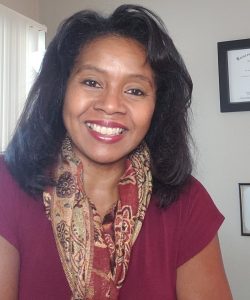 Tell us about yourself and how many books you have written.
I've published 3 books – 2 M/M romances in the Clash at Sea Series – "The Quartermaster & the Marquis' Son" and "Alain & the Duke" which is a novella both under my other pen name A.E. Kendall. "The Wild & Zany Galactic Adventures of Commander Zhang and Lieutenant Simon, Soul Mates who Incarnate on Earth and Save the World" will be available on 9/15/2022.

What is the name of your latest book and what inspired it?
My latest book is called "The Wild & Zany Galactic Adventures of Commander Zhang and Lieutenant Simon, Soul Mates who Incarnate on Earth and Save the World" and will be available on 9/15/2022. As you can tell from the title, it's a funny, lighthearted but spiritually loaded book and a fun read. I was inspired to write it after becoming a fan of the Netflix series Word of Honor staring actor/singer Zhang Zhehan and Actor/model Simon Gong Jun. Soon after, I learned that popular young actor Zhang Zhehan was "cancelled" overnight in China after a selfie he took back in 2018 mysteriously surfaced on the web in 2021 of him in front of a Japanese shrine dedicated to Japan's war "heroes". As a Chinese citizen, this was no small matter and lead immediately to his being backlisted by the Chinese government and the China Association of the Performing Arts (CAPA) which all performing artists answer to. In addition to becoming a pariah overnight, all of his social media accounts were cancelled, his commercial endorsements backed out, and he was banned from the industry indefinitely. This of course discouraged millions of fans worldwide and is still a big issue for Zhang Zhehan who has not been able to redeem his name. Thus, I was inspired to look at his situation from a deeper perspective and wrote the book as it came to me because I wanted to encourage Mr. Zhang, his costar Simon who is also impacted by the scandal and resulting fall out by netizens and the government, and the fans around the world by offering them a different, spiritual and humorous perspective.

Do you have any unusual writing habits?
I don't typically have any unusual writing habits but this book came to me very differently.
It was actually "downloaded" to me for lack of a better word which isn't the usual way I write books. Thus the book was written in 30 days which for me is a world record. I wrote it on my iPhoneMax13 using the Note App as the scenes and dialogues came to me and when I got stuck, before I went to bed, I put it out there to the universe that I was a bit stuck and by the time I woke up, a new chapter was literally laid out in my head for me.
I have to say, it was a very fun, stress-free way to write!

What authors, or books have influenced you?
For M/M Romance, Gordon Merrick and Kindle Alexander. For BL, there are so many but what comes to mind is Mo Xiang Tong Xu whose "The Grandmaster of Demonic Cultivation" became the hit Netflix series, "The Untamed". I also love Barbara Marciniak who channels the Pleiadeans and her monumental and really interesting books "Bringers of the Dawn", "Earth" and "Family of Light". Also I love Sheldon Nidle's "You are Becoming a Galactic Human", Dr. Suzanne Lie's "Preparing for First Contact" and Maureen St. Germain's "Waking Up in 5D".

What are you working on now?
I have several projects underway at the moment. I am collaborating with a phenomenal Japanese artist on a set of Oracle Cards aimed at encouraging young adults and even children as young as 8 years old meant to empower and inspire them. I am also working on several audio short stories for Youtube in the M/M, BL genre as well as working on the Clash at Sea Series books "Into the Maelstrom" and the Prequel to "Alain & the Duke", organizing spiritually fun and grounding retreats and a whole lot more!

What is your best method or website when it comes to promoting your books?
I think using your usual SM channels (FB, IG, Twitter, etc.) is a good start. Ideally you want to get your book out everywhere. I think platforms like Awesome Gang, Goodreads, and using Amazon, B&N, and Smashwords are also helpful.

Do you have any advice for new authors?
Keep writing and don't be discouraged. Just keep working hard and honing your craft. Take classes and vet your work with fellow students as it is very helpful to have independent eyes review your work.

What is the best advice you have ever heard?
"Next time, look before you leap!" Advice from my dad to my sister at her wedding reception. Haha!

What are you reading now?
Volume 3 of the anime series, "The Grandmaster of Demonic Cultivation" and "The Scum Villain's Self-Serving System" Vol 3; Heaven's Official Blessings, Vol 3 all by Mo Xiang Tong Xu; also Vision for Life by an amazing author/healer out of San Francisco, Meir Schneider. I tend to read multiple books at once across multiple spectrums.

What’s next for you as a writer?
Just to keep writing, and branching out to SM short stories on Youtube, collaborating with interesting and talented people.

If you were going to be stranded on a desert island and allowed to take 3 or 4 books with you what books would you bring?
Easy! "The Wild & Zany Galactic Adventures of Commander Zhang & Lieutenant Simon, Soul Mates who Incarnate on Earth and Save the World" for its deeply encouraging messages and humor, (ok the sex scenes are really good too!). Also Vol 1 of "The Scum Villain's Self-Serving System" by Mo Xiang Tong Xu, "Preparing for First Contact" by Sheldon Nidle and "Bringers of the Dawn" by Barbara Marciniak.