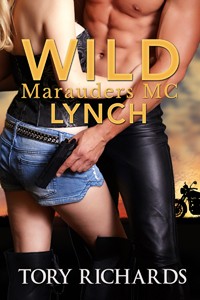 arauders MC is a best seller! Well, for at least a minute. I’ve never been one to follow stuff like that but I found myself there yesterday just because I had nothing else to do. It was a play day for me and I’d taken my granddaughter to see Into the Woods, and out to dinner. By the way, Into the Woods is a good movie! A little too long, though.

Anyway, Wild Marauders MC was ranked #66 on Amazon’s best sellers list for erotica romance! Then it quickly dropped to #71, and this morning it’s #90. If I’d checked earlier, like when it first came out, it might have even been ranked higher. How cool is that?

Another article I found when I was looking up the definition of an Amazon best selling author was in the Warner Coaching Newsletter. Interesting article. According to them, Amazon’s list is based on sales from its own site, which we all know they update every hour. So authors can claim they are Amazon bestsellers, but for only a short time.

Still not sure, so I looked up the meaning of best seller in the dictionary. Plain and simple it reads: a book having the largest sales during a given period, or any product among those of its kind selling well at a given time.

Should those authors be able to put best selling author on the covers of their books? I think that’s open for debate.