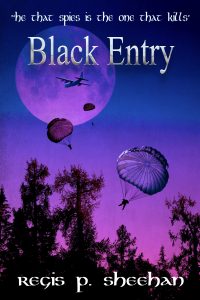 This is a fictionalized account of what was called “Project Tiger”. This was an operation spanning 1962 and 1963 in which the CIA inserted numerous indigenous agent teams into North Vietnam for the purposes of espionage, sabotage and other special operations. It also relates the story to earlier CIA operations in which similar efforts were made to drop agents in Communist East Europe – with similar results.

Author Bio:
A native of Pittsburgh and a resident of Northern Virginia, the author is a former Special Agent of the Diplomatic Security Service (DSS), U.S. State Department.

His career included criminal investigations and dignitary protection in the Miami and Washington field offices, as well as a tour in MSD – or the DSS Mobile Security Division. With MSD he provided training, tactical support to protective details and emergency security enhancement to high threat embassies and consulates around the world.

Assigned overseas, he was a member of the Regional Security Offices in El Salvador, South Africa and China.

Prior to retirement, he served as the Chief of the DSS Counterintelligence Division (where he is now a contract officer).