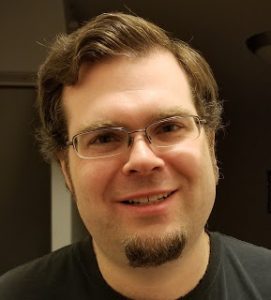 Tell us about yourself and how many books you have written.
My latest novel, BURN ME OUT, is my second published novel and my fourth published book-length prose work. My previous novel, THIS ROUGH OLD WORLD, was published in 2017. I’ve also published the story collections THE ALTAR IN THE HILLS (2014) and THE CASTLE-TOWN TRAGEDY (2016).

Besides prose, I’ve been writing comic books for many years, and have written roughly one-hundred individual, published comics.

What is the name of your latest book and what inspired it?
BURN ME OUT is a crime novel that was inspired n large part, about things I’ve been dealing with over the last few years: desperation, depression, hiding the most significant part of yourself from everyone (especially those you love because hurting them is the last thing on earth you want) and a deep, aching desire to matter and be recognized for it.

Do you have any unusual writing habits?
I have set writing days and I write as much as I feel is necessary on those days. I used to have set times every day I’d write but I found it was actually detrimental to the process because I was forcing myself many of those days. Now, I have set days where I may work for six or seven hours straight and then I don’t write for four days in a row. It gives me some distance from what I’ve written so I can reevaluate it with fresh eyes and it gives the ideas time to germinate in my imagation.

What authors, or books have influenced you?
That answer will change over time, of course, but for the last six or seven years, at least, it’s been Gil Brewer. The majority of his career is largely compacted into less than a decade, but he was of the first generation of paperback original authors and an absolute giant of noir. From 1951 to 1960, he wrote about thirty novels and hundreds of short stories, and they cover just about every aspect of crime and mystery fiction that I love. His characters struggle with themselves and the problems they’ve (usually) created for themselves and they rarely have happy endings, but even knowing they’re doomed, they don’t give up or give in. They’re not good people, usually, but they’re very human. That’s something I tried very hard to do with BURN ME OUT.

What are you working on now?
I just finished the first draft of a western novel. I’ve written close to a dozen western stories published in various magazines, but this is my first full-fledged western novel.

I am also shopping two crime novels I’ve finished in the last year, looking for publishers.

What is your best method or website when it comes to promoting your books?
Twitter and Facebook are my go-tos. There are plenty of folks who are happy to share things that look interesting with their friends and acquaintances. The trick is to make them want to share.

Do you have any advice for new authors?
Read – a lot. I’ve talked to many people who say they want to write, but claim they don’t really like to read. I don’t know how they expect that to work. You can’t be a writer and not love the written word. Exposing yourself to many different people’s ideas and styles will not only give you inspiration, it’ll give you an idea of what works and what doesn’t – both for you, and in general. I’ve read books that had great ideas, but poor execution, and I’ve read books that were excellently written but the idea was boring or perhaps simply not for me personally. Learning what works for you as a reader is a critical part of discovering what kind of writer you want to, and can, become

What is the best advice you have ever heard?
Just write. It doesn’t matter how good or bad the first draft is. The first draft is just you telling the story to yourself. It’s not set in stone and you can always change anything you like after that first draft is done.

What are you reading now?
Tragg’s Choice, a novel by Clifton Adams about a man who became a legend in his own lifetime and finds he isn’t a big enough person to live up to his own legend.

What’s next for you as a writer?
A long round of editing on the western novel (laughs).

If you were going to be stranded on a desert island and allowed to take 3 or 4 books with you what books would you bring?
Oh, gosh. That’s a tough one.

I’d bring Eiji Yoshikawa’s MUSASHI, as it’s one of the best historical novels I’ve ever read. I’d also bring Gil Brewer’s THE VENGEFUL VIRGIN, Harry Whittington’s A MOMENT TO PREY, and the first volume of the collected short works of Louis L’Amour.