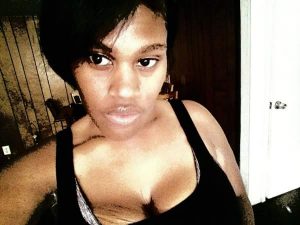 Tell us about yourself and how many books you have written.
iam a 27 year old mom of two from kcmo i was born january 17,1991 i had a bit of a rough si due to me being born at 6 months i weighed 1 lbs and 8 ounces. i statrted writting in the 6th grade and loved it.even though those who know me would have said that i would grow up to be a famous singer due to me always singing i graduated high school in may of 2009 from ruskin high school and continued to write then in febuary of 2011 and november of 2014 i became a mother then put my writing on hold to focus more on my children then in 2017 i started writing again then in june of 2018 i published my 1st book called the ugly truth

What is the name of your latest book and what inspired it?
the name of my latest book is the ugly truth which came from an idea that just poped into my head and i just went with it. my second book is titled the ugly truth part 2 a mans point of view which was inspired by me winting to share a mans side and raw emotions when they are faced with telling the truth and how they deal with secrets. my third book is titled freaky tale confessions which is inspired by me wonting to tell some of my sexual incounters as well as some that we told to me and some fantacy things that pop into my head

Do you have any unusual writing habits?
i usually write at 2am or 5am and i must have something sweet to eat.

What are you working on now?
these days i’am working on the ugly truth part 2 a mans point of view
and freaky tale confessions and a couple new ones called
foursome and the marriage agreement.

Do you have any advice for new authors?
dont give up no matter what other people say and believe in yourself even when nobody eles does

What are you reading now?
im re reading zane book titled vengeance

What’s next for you as a writer?
to finish the projects i have satrted and get them published and start writting new books

If you were going to be stranded on a desert island and allowed to take 3 or 4 books with you what books would you bring?
zane-vengeance
lawrence ross-skin game
ashley & jaquavis-black friday
kayla perrin-always in my heart