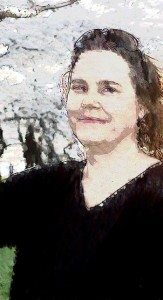 Tell us about yourself and how many books you have written.
I started out writing short stories and poetry at the tender age of 10 before turning my attention to music, receiving a Bachelor’s in Voice Performance and a Master’s in Musicology. But I eventually found my way back to writing, and since then, my award-winning stories, poems and articles have appeared in dozens of national and regional publications and anthologies. A three-time Derringer Award finalist and 2012 winner for my short fiction, I was also honored by the American Independent Writers and Maryland Writers Association for my Scott Drayco stories. PLAYED TO DEATH is the debut novel in the Drayco series, with future installments scheduled for late fall and next spring. I currently live in Virginia with my husband and enjoy flying above the Chesapeake Bay in a little Cessna. Feel free to stop by my website at bvlawson.com and sign up for my newsletter. No ticket required.

What is the name of your latest book and what inspired it?
I’ve always loved mysteries, thanks to my librarian mother who helped feed my habit with new books, and when I started getting serious about penning a novel, a mystery was a natural choice. Wanting to combine my music background with my writing, I created Scott Drayco, a former piano prodigy whose career was cut short by violence, leading him into the FBI and eventually freelance consulting. I also wanted a setting that hadn’t been used before, and after a few visits to the small towns on the Eastern Shore of Virginia, I knew that’s where I wanted to set my first book.

I first started writing PLAYED TO DEATH a decade ago, even sending an early version off to a few agents, although I eventually set it aside for several years to concentrate on bringing in a steady paycheck. But once bitten, the writing bug never truly leaves you, so I kept up my writing via short stories and eventually found my way back to the novel.

Do you have any unusual writing habits?
I create a writing cave, with as little light and sound as possible, even using headphones to block out extraneous noises. There are times when I also unplug from the router, so that the Internet isn’t a temptation. We are surrounded by so many distractions in our lives these days, I find that blocking out everything but the images and words in my own head make it easier to submerse myself into the story I’m working on.

What authors, or books have influenced you?
Again, thanks to my librarian mother, I was never without a book to read. In addition to the mysteries she passed along by Ellery Queen, Agatha Christie, Rex Stout, Arthur Conan Doyle, and others, I also devoured books that expanded my small-town girl worldview such as Alan Paton’s “Cry the Beloved Country.” I think every book I’ve ever read influences me a bit, from historical works by Austen, Shakespeare, and Dickens, to satirical writing like Miller’s “A Canticle for Leibowitz” and Toole’s “A Confederacy of Dunces.”

What are you working on now?
I have drafts of three additional installments of the Scott Drayco series that I’m editing, as well as two books in a new series featuring the unlikely pairing of Vermont detective Adam Dutton and mysterious female con artist Beverly Laborde. Plus, I have two new short-story collections I’ll be publishing soon, as well as a novella, and I have a Scott Drayco story coming out in “Grift Magazine” later this year. Future projects over the next couple of years that I’m starting to outline include a historical literary mystery and a trilogy that may turn out to be fantasy, young adult…or not. It hasn’t told me what it wants to be yet.

What is your best method or website when it comes to promoting your books?
I’m still in the early stages of promotion. I’ve read hundreds of articles, books, and blogs on the subject of marketing and promotion, and there are as many opinions and experiences as there are writers, as you might expect. With over three million books published in the U.S. alone in one year (according to Bowker), discoverability is getting harder all the time. Word of mouth is the best tool, but to do that, you have to find ways to get your books on reader radar. Facebook and Twitter can be helpful, as can sites like Awesome Gang, and a newsletter list is also a good thing to have.

Do you have any advice for new authors?
If you are really, truly serious about being an author and not just a one-book-wonder, then you have to develop a very thick skin and steel yourself for rejection and disappointment. You also have to treat your writing like a business, with a five-year business plan, a professional website and online presence, learn how to network, and realize that you’re running a marathon and not a sprint. Most of all, write each and every day. After all, 1,000 words per day is 365,000 words per year, enough for four medium-length novels.

What is the best advice you have ever heard?
It’s easy to be overwhelmed by the marketing/promotion, financial, and even educational aspects of the writing business, which can sap all your energy and creativity and lead to writer fatigue and disillusionment. So, as Scott William Carter says, you need to apply the W.I.B.B.O.W. test – “Would I Be Better Off Writing.” And, as Kristine Kathryn Rusch adds, if the answer is yes, then “Stop whatever marketing you’re doing, and get back to the keyboard.”

What are you reading now?
I have a TBR (To Be Read) pile of about 500 books that resembles the Leaning Tower of Pisa. Whenever I’m deep within my own novels, I tend not to read as much fiction so as not to unintentionally pick up someone else’s style. So I pick up nonfiction books, usually biographies or science books.

What’s next for you as a writer?
Getting back in my chair at my desk and aiming for my daily word count.

If you were going to be stranded on a desert island and allowed to take 3 or 4 books with you what books would you bring?
“The Complete Works of Shakespeare” (does that count as one?), “The Norton Anthology of Poetry” (the big one, three pounds!), and “The Norton Anthology of World Literature.” Okay, the last selection is two sets of three volumes each, so you may not let me count that. If not, I’ll substitute the “Longman Anthology of World Literature, Compact Edition.” And either they have all have to be large-print editions, or I’ll also need a big box of reading glasses.