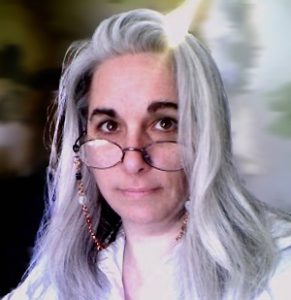 Tell us about yourself and how many books you have written.
I started artistically late in life since my parents cautioned me to stay away from art related careers; and instead, pursue a serious occupation that would lead to a “real job and a stable career.” So I became a metrologist (No it’s not misspelled, nor can I forecast the weather. Metrology is the art and science of measurement.)

Thirty years later, when I was one of many caught in the economic downturn, I decided to turn my hand to writing. I published “The Science of Loving” in 2014, followed by the novella written under the psuedonym E.V. Iverson, “Dead Dwight: a dark comedy.”

What is the name of your latest book and what inspired it?
I started writing “The Science of Loving” shortly after the economy had tanked. A lot of folks were experiencing dark times, and I was one of them; just another face in a jobless mob. Every evening, network T.V. piled on more bad news. Employment was down and home foreclosure was at an all time high. We’d gone to war over a pack of lies, and there were mass shootings in our elementary schools.

The media’s daily bombardment of real-life murder and mayhem was exhausting and I needed a vacation. But book vacations were all I could afford, and after the nightly rehash of Capital Hill’s daily torture debates (seriously? Water-boarding’s torture, what’s there to debate?) I didn’t need to ingest any more dark crap.

Figuring I wasn’t unique, and having an abundance of time (jobless,) I thought just maybe my special brand of geeky humor could make the world lighter one smile at a time. So here we are and I hope you’re smiling.

Do you have any unusual writing habits?
Is wearing men’s boxers while I write considered unusual? Hey, don’t judge me.

What authors, or books have influenced you?
There are so many… both good and bad. I wish I could say something profound and impressive, but I’m much better being profane and silly.

Stephen King is great when it comes to setting up a scene and creating mood. He’s great a master at crafting symbolism using every day objects.

Ray Bradbury, when it comes to descriptive writing… “Dark they were and golden eyed.” Six words was all he needed; the way their ordered is almost melodic. It’s a beautiful example of linguistic rhythm that makes the words stick in your mind (I read those words almost 40 years ago in middle school, and I’ve never forgotten them.)

Kalil Gibran’s “The Prophet” is a great example of using juxtaposition to enhance a point.

I learned just as much from authors and books I hated, but rather than naming names… I’ll just point out the lessons learned:

When you run out of new things to say you’re done, stop writing.

There will always be typos, if you can afford a copy-editor use one (God, I wish I could afford one.) If you are fortunate enough to have one, learn from them. They are specialized professional readers (and no matter how good you think you are, you cannot do their job as well as they can.)

What are you working on now?
I’m about midway through the first draft tentively titled, “It Only Takes Two.” It picks up where “The Science of Loving” ended; following a different pair of characters from the previous book.

What is your best method or website when it comes to promoting your books?
Probably GoodReads. Although, I’ve pulled back on my marketing and social media efforts in order to find time to write.

Do you have any advice for new authors?
Read all your reviews, listen to your readers, learn from your mistakes. Good or bad, be grateful they took the time to read.

What is the best advice you have ever heard?
“Friends lie!!!! Just because they told you your book was great, doesn’t mean it’s ready for publication. Find a stranger who won’t shy away from pointing out your mistakes.” Max Branscomb, journalism professor and playwright at Southwestern Community College– Chula Vista, Ca.

What are you reading now?
Darynda Jones “Charlie Davidson” series, New York Times, The Washington Post and anything else I can get my hands on.

What’s next for you as a writer?
Probably Hell if I don’t change my ways.

If you were going to be stranded on a desert island and allowed to take 3 or 4 books with you what books would you bring?
Survival Manuel, The Complete Foxfire Collection Set, Complete Works of Edgar Allen Poe and Mark Twain