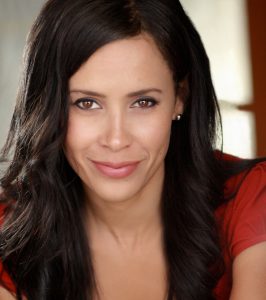 Tell us about yourself and how many books you have written.
I am a U.S. Army veteran born in The Bronx, New York and moved to Puerto Rico at the age of ten. I joined the U.S. Army when I was seventeen years old and after the Army, I earned a Bachelor of Arts degree in Government and International Politics. After graduating, moved to Hollywood to become an actress and I have over 60 acting credits, including “Nip/Tuck”, “Everybody Hates Chris” and “He’s Just Not That Into You.” I won Best Supporting Actress in a Drama for a Layon Gray play “Soldiers Don’t Cry” by the Valley Theatre League (North Hollywood) in 2003. I have also been a singer/songwriter and have written, directed and edited some short films and music videos. I now live with my family in Norway and decided to focus on my writing, launching my first children’s book series. With this Kid Astronomy series, I have written two books, “Thank You Mercury!” and “Dear Pluto.” My goal with this first series is to teach kids a bit of astronomy, by making it also fun to read.

What is the name of your latest book and what inspired it?
My latest book is “Dear Pluto” and what inspired it is the story of how Pluto was a planet for many years, and then was demoted, shocking many of us. With some astronomy facts for kids to learn, I created a bit of fun fiction by telling the story of how Pluto was demoted, sad and tried to find his place in our solar system… and he did in the end! It is a heartfelt story about self-identity and belonging as well.

Do you have any unusual writing habits?
I’m not sure if it is unusual for writers, but I seem to write best in the very early morning. Sometimes I wake up around 4 or 5am with an urge to write.

What authors, or books have influenced you?
For children’s books, Dr. Seuss has been my biggest influence. Also A.A. Milne with his Winnie The Pooh series. I also love Hans Christian Andersen’s books and illustrations by Arthur Rackman. For adult books, a bit of Paulo Coehlo, Herman Hesse, J.K. Rowling, Stephen Fry, etc.

What are you working on now?
I am working on the third book in the Kid Astronomy series.

What is your best method or website when it comes to promoting your books?
I have been learning how to use Amazon marketing techniques, and am still searching and learning. I am new to this website, but I believe has been effective.

Do you have any advice for new authors?
My advice is to write, even when it gets tough. I am having a hard time with my third book, on getting the story just right, but I have to keep working at it. Writing is a muscle and to call oneself an author, one has to write.

What is the best advice you have ever heard?
To remember that when one door closes, another one is open.

What are you reading now?
I am reading Stephen Fry’s “Heroes” (His Mythology series book #2).

What’s next for you as a writer?
I am taking it a step at a time. Right now, I need to get through writing and illustrating the third children’s book in my series, and then I can think of what’s next.

If you were going to be stranded on a desert island and allowed to take 3 or 4 books with you what books would you bring?
Siddhartha, The Alchemist, The Prophet and anything Pablo Neruda.