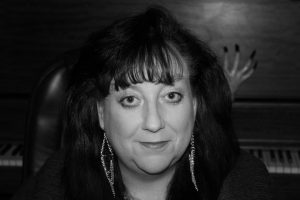 Tell us about yourself and how many books you have written.
C.A. King was born and raised in Halton County. She currently resides in Ontario, Canada with her two sons.

After the loss of her loving parents and husband, Ms. King was devastated. She decided to retire from the workforce for a year or two to do some soul searching. It was during this time that writing became her passion. She found she was able to redirect her emotions through her writing and in 2014 decided to publish some of her works.

“I need to thank everyone for being so wonderful. It’s amazing when someone reads your work and enjoys the story. I already have people waiting for future books to be released. Is it bad that as a writer I can’t seem to put into words how incredibly wonderful that makes me feel inside?”

Carol Ann King is proud to have her name join the list of Canadian born authors. She hopes her writing will help inspire another generation of Canadians to continue adding to the literary heritage and rich culture Canada already has to offer. Her books in The Portal Prophecies series are fictional fantasy stories based on opening the door to possibilities.

What is the name of your latest book and what inspired it?
The Portal Prophecies: Finding Balance. This is the final novel in the series. (Of course you can expect a spin off or two – wink wink)

Do you have any unusual writing habits?
The best place for me to write is at my father’s desk. He was a lawyer and had a big, old, wooden desk that now resides in my living room. It makes me feel at home to sit and write.

As for routine, I probably need a better one. Once I sit down, there is no stopping me. It’s getting there that can be a problem. I do NaNoWriMo in November every year. That, to me, is major motivation. I find I work best under pressure and with time constraints.

What authors, or books have influenced you?
I am an avid day-dreamer. Closing my eyes one day, this world evolved in my mind. I saw the characters, how they moved, how they interacted. Each one came to life. It was a world I wanted to run away to. A place I wished I could live in. I don’t think anyone or anything inspired that, except perhaps my need to escape what life was throwing at me.

Don’t get me wrong, I love reading and have my list of favorite authors, but I keep that separate from my own work.

What are you working on now?
Book Six in The Portal Prophecies series is set for release in September 2016.

After that, I have a couple spin off books coming out in 2017, A new Vampire series in 2017, A comedy book and a cookbook I am working on.

You can also find me in person at the following events

What is your best method or website when it comes to promoting your books?
Try it all, then pick what works best for you!

Have you ever wondered why there is so little information on what works in book marketing? The answer is simple, different things work for different people.

Do you have any advice for new authors?
One thing everyone should do is join groups! Participate! Make yourself visible! Review other author’s books! Write a blog, especially interviewing other authors. Take time to get to know bloggers, they could one day be the most important people you know.

What is the best advice you have ever heard?
In the words of Frank Sinatra:
Regrets, I’ve had a few;
But then again, too few to mention.
I did what I had to do
And saw it through without exemption.
I planned each charted course;
Each careful step along the byway,
And more, much more than this,
I did it my way.
Yes, there were times, I’m sure you knew
When I bit off more than I could chew.
But through it all, when there was doubt,
I ate it up and spit it out.
I faced it all and I stood tall;
And did it my way.
I’ve loved, I’ve laughed and cried.
I’ve had my fill; my share of losing.
And now, as tears subside,
I find it all so amusing.
To think I did all that;
And may I say – not in a shy way,
“Oh no, oh no not me,
I did it my way”.
For what is a man, what has he got?
If not himself, then he has naught.
To say the things he truly feels;
And not the words of one who kneels.
The record shows I took the blows –
And did it my way!
Yes, it was my way.

What are you reading now?
Fangs for the Memories by D.R. Perry
The Curious Tale of Gabrielle by Zachary Paul Chopchinski
Nikki Magee by Peter Wendt

What’s next for you as a writer?
I am currently writing a weekly column for Books & Quills Magazine.

I will continue writing books as long is there is at least one person who wants to read them.

If you were going to be stranded on a desert island and allowed to take 3 or 4 books with you what books would you bring?
Treasure Islands, The Hobbit, & Poisonous Plants & Fungi: An Illustrated Guide
by Marion R. Cooper.