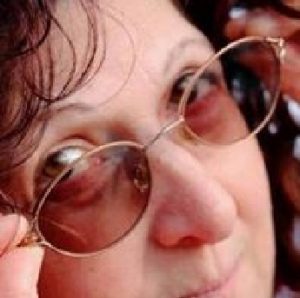 Tell us about yourself and how many books you have written.
I call myself a travel writer, or I did until I accidentally produced a
novel. When my son was young we decided to have an adventure and move from
London, England to Ontario, Canada for a couple of years, just in case it
was fun. The day we took the first step towards that decision I started to
write about what happened, working on the principle that I’d want to
remember every detail anyway and I’d finally find out if I could write.
People liked the stuff, magazines took some of it, so I carried on. I now
have two travelogues written, with a third under construction. Since
independent authors are a co-operative lot, I started hanging out in a
couple of online writing communities and they encouraged me to try my hand
at fiction, so I now have a third book which should be the completion of the
Armchair Emigration trilogy but isn’t.

What is the name of your latest book and what inspired it?
Queenie’s Teapot is a combination of two ideas, one that’s been rattling
around in my head for years and one that occurred to me in the queue to
check out of a grocery store. I’ve long maintained, mostly late at night
after too much to drink, that politics is self defeating in that the people
who want to run things are the last ones you should trust to do it. ‘Make it
like jury service’ I’d announce. ‘Pick people at random, they couldn’t do
any worse.’ Then I watched a lovely older lady at the checkout one day,
chatting and joking with all her customers and I wondered what would happen
to her when the machines finally took over completely. So, the story is a
‘what-if?’ about a world where democracy has been dumped for random
selection, and our protagonist is, of course, a lovely old checkout chick
who was made redundant by a machine.

Do you have any unusual writing habits?
I have to shut myself away from my usual work spots and declare a writing
space. Since I’m not always in the same place I tend to do this by lighting
candles. it’s a signal to myself that I’m off social media and going into my
head, and a signal to the family that I’m off-limits for a few hours.

What authors, or books have influenced you?
Bill Bryson is the obvious inspiration for the travel books. I love his
focus on the tiny incident, or a throwaway remark, that illuminates just how
different people can be while thinking they’re the same. I’ll never be Paul
Theroux, but he’s a bit too sneery for me anyway, I’m much more interested
in the miniscule language barrier double-take than anything majestic with a
sunset behind it. As far as the political satire is concerned, I was greatly
cheered by the books of Ben Elton. Turns out you can take a single idea and
build a world around it that isn’t too dissimilar to our own, phew.

What are you working on now?
Queenie’s beta-readers told me they wanted to find out what happened next,
so it looks like there will be a trilogy. Book two of the series, Floreat
Queenie, is undergoing final edits and I will shortly be lighting those
candles again and finding out what happens in book three.

What is your best method or website when it comes to promoting your books?
I wish I had an answer for that one. I’ve learned huge amounts from two
great online communities, IndiesUnlimited.com and eNovelAuthorsatWork.com;
both advice, support and continual learning communities. Between us we try
to keep tabs on marketing websites as they wax and wane, and the constant
changes to Amazon’s algorithms, but I don’t have a foolproof scheme. All I
do know is that they more books you have, the more you will gain from any
bit of marketing that does hit the spot, but marketing takes up so much
writing time that I frequently end up in a paralysis of doing neither and
feeling bad about it.

Do you have any advice for new authors?
Take criticism prettily. Never ask anyone if they like a piece of work,
(they’ll say yes because they like you) set them up with permission to help
you with specific questions: Is this character too wooden? Too much
description? Does the plot fizzle out? Then if you get an objection that you
disagree with, work out why. It’s fine to reject some opinions but if
everyone agrees, you’re probably wrong. Learn the rules so you can break
them for good reasons.

What is the best advice you have ever heard?
Even God can’t please everybody.

What are you reading now?
I’m rereading Michael Dobbs’ original books that inspired the House of Cards
TV series. A bit of immersion in Westminster doings from the master.

What’s next for you as a writer?
After both incomplete trilogies are finished I have a couple of children’s
books in my head. But actually I’d like to get a bit serious and go back to
my academic roots. There’s a need for accessible, easy-to-read but non
psychobabbly books about grief and loss.

If you were going to be stranded on a desert island and allowed to take 3 or 4 books with you what books would you bring?
Anthony Trollope’s Palliser series. I love his characters, we’ve all met,
and probably worked with, so many of his people. I’ve read the Barchester
series many times but never quite got round to the political books.