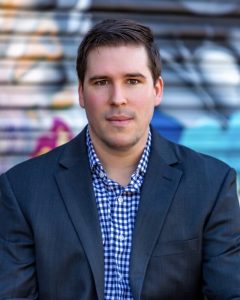 Tell us about yourself and how many books you have written.
I was born in Galveston, Texas but grew up in Greenville, South Carolina and graduated from Clemson University. I have a business degree, but never really saw myself leaving school and transitioning to corporate America. Owning my own business, starting something from nothing, has always appealed, and in a way being a writer is doing just that. I’ve been seriously writing for eight years and have completed eight novels in that time.

What is the name of your latest book and what inspired it?
A Day in Fall is my first book ever published. It’s a topical thriller that could also qualify as a political or espionage thriller. Michael Larson, an agent on a highly secretive team deep within the Department of Homeland Security, tries to make a connection between violent extremists and someone in the United States government after a prominent scientist is abducted.

A Day in Fall was inspired by a singular idea: people will do desperate things when they feel like their backs are against a wall. That goes for anybody. We seem to be nearing a point of no return when it comes to climate change. What are we supposed to do if the government won’t act, or can’t act quickly enough? Are we supposed to trust a system that might be failing?

I don’t have answers to these questions, but A Day in Fall plays off that dilemma. It’s also heavily influenced by the concept of globalism. Can we survive as a species without fully accepting that we have to, at some point, fully cooperate as a global community? All of these issues came to a head back in 2016, when we started to see just how many people vehemently opposed globalism and the green movement. The book is heavily influenced by that as well.

Do you have any unusual writing habits?
I’m way more productive when I write by hand and type the manuscript later. I reward myself for good writing with phone breaks, which is more of a bad habit than an unusual one, I guess. My most unusual habit is that I often write two or three unrelated books at once, at least for a while, and only focus on one over the others maybe halfway in. Then I come back to the others when the first is complete.

What authors, or books have influenced you?
Carlos Ruiz Zafon (Shadow of the Wind) is my favorite author. John Berendt (Midnight in the Garden of Good and Evil) is up there, but makes me jealous more than anything because I’ll never be as good as him. I love a good spy novel, and in my eyes Daniel Silva’s Gabriel Allon series is head and shoulders above the rest. Then, to round it out, The Rum Diary (Hunter S. Thompson), The Master and Margarita (Mikhail Bulgakov), and The Night Circus (Erin Morgenstern) are books I can’t imagine not having read.

What are you working on now?
I’m supposed to be diligently writing away on A Day in Fall’s sequel, A Day in Winter. I’m making progress, but I’ve become sidetracked by another project, The Wrecking Crew. It’s a crime thriller about a middle-aged surfer in Venice Beach who needs a heart transplant. His doctor promises to get him moved up the transplant list if he’ll kill the doctor’s two ex-wives. It’s one of those things where the writing is going really well, and I’m not one to tempt fate.

What is your best method or website when it comes to promoting your books?
Honestly, in my limited experience, Facebook has been hugely helpful. I think for any writer trying to gain exposure, leveraging friends and family is so important. I was wholly surprised by how quickly word spread from people I know to people they know and so on. My goal is to tap into as many spheres of influence as possible, and starting with people you know makes for some motivated customers.

Do you have any advice for new authors?
None of this is original, but when it comes to writing the same advice gets repeated again and again for a reason. I feel very strongly that writing must be done for its own sake, not for fantasies of fame or fortune. If you’re doing it for those reasons you’ll never last long enough to have success. The drive won’t be there.

My other piece of advice is learn to be resilient. There will be a lot (tons?) of rejection. Don’t expect things to happen quickly. Expect it to take years of hard work before your writing is good enough. But if you want it bad enough you’ll keep going and find a way to make it happen. Just find a way.

What is the best advice you have ever heard?
If you’re going to regret not doing something, you better try to do it, even if you fail.

I write books because I can’t really imagine my life if I didn’t. It’s something I feel compelled to do. The fear of failure is real, but if not doing something is going to hang over your head for the rest of your life, pluck up the courage and take the leap!

What are you reading now?
The Keeper of Night by Kylie Lee Baker. I don’t read fantasy too often, but this book is great. It’s dark, has plenty of British and Japanese mythology, and has kept me on my toes thus far. Definitely check it out.

What’s next for you as a writer?
My goal is to have two more books written by the end of 2022. Hopefully, I can work with my current publisher to make A Day in Fall’s sequel a reality and then find a home for ‘The Wrecking Crew’ if there’s interest. But the goal is to always work on becoming a better writer and connect with more people. I’m so excited to keep growing my network.

If you were going to be stranded on a desert island and allowed to take 3 or 4 books with you what books would you bring?
That’s a tough question. I’m the kind of person that can’t go anywhere overnight without a few books hidden in my backpack. It gives me anxiety to travel for any extended period without some good reading, and I never know what mood will strike. So, here’s my rundown:

I think those could bring a much-needed escape to my island solitude.