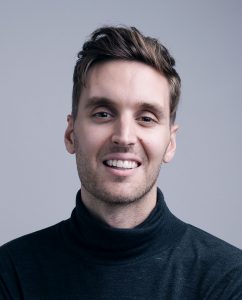 Tell us about yourself and how many books you have written.
I am an independent author who has so far written two novels and a poetry book. By day I work as a marketing copywriter, by night (and weekend!) I work on my fiction. I live in Sydney, Australia, with my husband who co-founded my publishing company, PRNTD, with me back in 2011.

What is the name of your latest book and what inspired it?
My latest book is called The Nowhere. It’s an Australian coming-of-age novel with LGBT+ and mystery themes that is told through the eyes of Sebastian Johns. The book shifts around in timeframes as it builds up to a dramatic event that took place in the summer of 1998. The main thread of the book is set in the late 90s in outback Western Australia, where Seb lives with his father and brother on a remote farm.

The book was partly inspired by my own life experiences, particularly in my teens where I lived in a small country town and came to terms with my own sexuality and identity. The fact it’s set in Australia is down to the fact I’ve been living here over five years now and have done a lot of travelling around this beautiful yet mysterious country. I’m also inspired by remote, cut-off places – they make the most interesting settings in fiction to me.

Do you have any unusual writing habits?
Hmm, I’m not sure about unusual habits. But sometimes I have full-on conversations with my characters in my head as I’m developing them. Ok, I realise how crazy that sounds. But it works!

What authors, or books have influenced you?
Oh wow, countless. Too many to mention. But to name a few: 1984 by George Orwell, Vurt by Jeff Noon, Misery and It by Stephen King. And more recently: The Dry by Jane Harper and Barracuda by Christos Tsiolkas.

What are you working on now?
Well, it’s full steam ahead right now with the roll-out for The Nowhere. But I’m also in very early development stages of a new crime novel, so watch this space…

What is your best method or website when it comes to promoting your books?
Social media has been fantastic, as it’s such a direct way to find and communicate with your audience. I also think Goodreads is great for running competitions and sending out ARCs. I need to investigate other methods/websites but Awesome Gang looks fantastic!

Do you have any advice for new authors?
Focus on the story first. Whatever that story is, spend as long as you need to on planning it, writing it and editing it. All the ‘how should I get this published?’ stuff should come later.

What is the best advice you have ever heard?
“If you want to be a writer, you must do two things above all others: read a lot and write a lot. There’s no way around these two things that I’m aware of, no shortcut.”
― Stephen King, On Writing: A Memoir of the Craft

What are you reading now?
‘The Lost Man’ by Jane Harper.

What’s next for you as a writer?
As I mentioned earlier, I really want to focus on getting The Nowhere out into the world. I put so much of myself into this novel, so I want to say I gave it my all in terms of promotion (as soul-destroying as it might feel sometimes). But I also want to get cracking with my next project, so it’ll be a juggling act of promo, writing and my day job (also writing). Phew!

If you were going to be stranded on a desert island and allowed to take 3 or 4 books with you what books would you bring?
Another tough one. Well, I’d have to take Ani Difranco’s new memoir ‘No Walls and the Recurring Dream’ as it’s out next week and I’ve wanted to read it for ages. Then it would have to be my three books (Shell, Verses and The Nowhere) just in case the island turns out to have any locals I can sell them to!