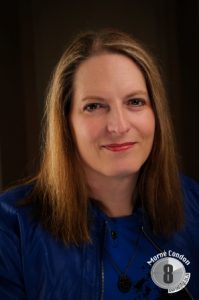 Tell us about yourself and how many books you have written.
Most people call me Tina, T, or Chrissy. I live in Port Elizabeth, a coastal city in South Africa. I’ve been a writer pretty much since I could first hold a wax crayon – which was quite a while ago now!

I’m an indie author, and started out that way in 2005. I’m self-published, although I was with a so-called ‘traditional publisher’ for a couple of years too. That didn’t work out, and since 2016 I’ve been indie again and haven’t looked back!

I’ve over twenty titles to my name, including three book series. I’ve also edited several books. More are on the way.

What is the name of your latest book and what inspired it?
“Lange’s Legacy” is my latest book, the fourth title in the Galaxii Series.

The lead character in the story is Sean Lange, and well, you’d have to read the story to understand what exactly his legacy is.

Do you have any unusual writing habits?
I find that sometimes I will knuckle down and plug away at writing, and other times, I will binge write – working on several stories at once, and continuously for several months at a time. Once, in 2005, I wrote and completed three books concurrently over a two month period! Obviously, I was quite exhausted at the end of that!

What authors, or books have influenced you?
There are many, but Terry Pratchett is one of my all-time favorites, and has to have been the most influential.

What are you working on now?
The next title in the Galaxii Series of course! Book 5 is called “Where Darkness Softly Treads”.

Do you have any advice for new authors?
Grow a thick skin – writing is the fun part – promoting and marketing is where it gets messy!

What is the best advice you have ever heard?
Just do it!

What’s next for you as a writer?
Well, I’d like to think I’d get an offer to turn one or more of my books into movies or TV series… that’d be nice, wouldn’t it? Of course I’ll keep on writing regardless – I’ve plenty more stories to tell.

If you were going to be stranded on a desert island and allowed to take 3 or 4 books with you what books would you bring?
“Agriculture 101”, “Survivalism For Dummies”, “The Anarchist’s Cookbook”, “The Natural Remedy Book”.