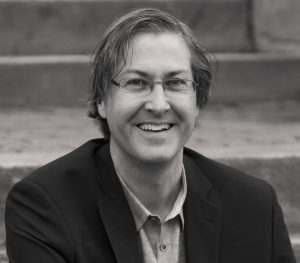 Tell us about yourself and how many books you have written.
I’ve been writing as long as I can remember. I’m the author of some 15 books, both fiction and nonfiction. The 90s were a real struggle for me as a fiction writer, as the only path to success for most writers was to get an agent, who would get you into a major publisher. The 00s broke things open for me. First, on-demand printing and the eBook democratized publishing such that upstart niche small presses started thriving, and then the next step after that was self-publishing became increasingly professional. Second, I wrote the first military versus zombies book (TOOTH AND NAIL) at a time when zombie fiction was just starting to really take off. That led to terrific sales, which led to an agent and Big 5 publication of my horror novel SUFFER THE CHILDREN, which generated terrific reviews and was nominated for two awards. Since then, I’ve been pursuing as hard as I can Big 5 publication and self-publishing, while essentially giving up on small press, though I’d still recommend that path as potentially viable for new authors. My fiction is fairly eclectic, but mostly speculative, sci-fi/fantasy and horror. I love the weird possibilities speculative fiction offers–you can really break boundaries and find something new and surprising.

What is the name of your latest book and what inspired it?
My latest novel is ONE OF US, which will be published by Orbit (Hachette) in hardcover then trade paperback in the USA, UK, and Canada, and debuting at San Diego Comic-Con in July 2018. The novel is about a plague that causes a generation of children to be born monsters, who must find a way to fit in–or fight for what’s theirs. The monsters are growing up rejected in orphanages throughout the rural South, making this essentially a Southern Gothic. Picture TO KILL A MOCKINGBIRD meets THE ISLAND OF DR. MOREAU. It’s a powerful book about prejudice and inheritance, probably the best thing I’ve ever produced, certainly the most fun to write. I’m really proud of it and was lucky to have a terrific editor, who saw it as potentially the next GIRL WITH ALL THE GIFTS, also published by Orbit. I hope people enjoy reading it as much as I did writing it.

Do you have any unusual writing habits?
I’m a boring writer. I basically sit in total silence and stare at a screen typing away. If only that were as cool as playing a guitar on stage! One thing I can say about my writing that is maybe obsessive is the amount of research I do. One of my current ongoing projects is a self-published WW2 submarine series, which has sold extremely well. The books are short, pulpy, action-packed–picture Horatio Hornblower on a submarine. What distinguishes the books is the amount of technical detail that submarine book readers love. To get that right, I read probably 20 books about submarines in addition to a huge number of manuals about how every single part of them worked. The result is a likeable hero in an exciting narrative that is heavily grounded, gritty, and real even as the adventures themselves are pulpy.

What authors, or books have influenced you?
Too many to count. Every book I read, I learn something–what works, what doesn’t work. The last three books I read on craft I found very useful were STORY ENGINEERING, THE BESTSELLER CODE, and TAKE OFF YOUR PANTS! These books got me thinking about elements of fiction that works, planning plot points, and building stories around character arcs.

What are you working on now?
Right now, I’m working on finishing up the fifth episode of CRASH DIVE. This year, I’ll be finishing that series; supporting Orbit’s launch of ONE OF US in July; editing a second book for Orbit that is currently in contract negotiations; and starting a new novel. Oh, and starting research for my next self-published series. It’s going to be a busy year but a good one.

What is your best method or website when it comes to promoting your books?
Marketing is common now, and it’s hard to stand out. Marketing is a way to get some people to read your book, but in the end, the only way to get a lot of people to read your book is to write the best book you can, and that means you have to keep honing your craft.
That being said, for my self-published work, I have found it extremely hard to move standalone novels because of pricing constraints. So I adopted a “dime novel” model centered on creating series of pulpy, action-packed, 40K adventure books. The first CRASH DIVE book sells at $0.99 and is the “loss leader,” hooking people on the series. If you like the first book, you’ll get the second, which sells at the standard $2.99. By limiting the number of words, I can get more books out per year while keeping my day job and life as a single father going, and make a good return on my labor.
As soon as you have multiple books, you can start advertising. What has worked for me is advertising in newsletters pushing people at that first book every time a new release comes out, while building my own mailing list. The challenge with having your own list is often readers are fans of an author’s work in a particular genre but may not love the author enough to follow them anywhere. So when my zombie fiction tapered off, I lost a lot of readers. When CRASH DIVE is finished, I may have a similar problem. What I’m working toward, but still figuring out, is how to identify and reward the “true fans,” those readers who will read anything I write. Few authors enjoy a significant number of fans like that very quickly, the rest of us have to cultivate them one book at a time until they reach a critical mass. At that point, every book you write, as long as it’s as good as the one before, should launch with good sales and reviews.

Do you have any advice for new authors?
Whatever advice I last received that changed my writing game. Whenever I go to a conference or rub elbows with other writers, I look for that one solid takeaway. I once heard a writer on a panel say when talking or shaping your book, think about the non-fiction concept. That’s how SUFFER THE CHILDREN (Simon & Schuster, 2014) went from essentially a vampire story to a story about how far parents will go to protect their children. At another conference, somebody told me about Autocrit, which got me using various apps to analyze my writing and help me become a better self-editor. A friend told me how to best use Amazon keywords to enable discovery, which boosted sales for my self-published works.

In short, I’ve never gotten that perfect overarching advice that made everything work for me. Instead, I’ve benefited from small bits of advice that nonetheless had a big impact on my writing game. So my advice is look for that one key takeaway in your interactions with other authors and in the how-to books you read. Nietzsche said a single sentence can change your whole world. Find that sentence and make it work for you, one sentence and one step at a time in building your craft and career.

What is the best advice you have ever heard?
Some accomplished authors make it and then give advice to the effect of, “Just do what I did.” Which rarely works. Everybody’s writing and career path is different, and there are many forms success can take. My career path looks like somebody falling up a flight of stairs, a lot of sweat, pain, and luck. I can tell you what worked for me was I was constantly writing, constantly chasing opportunity, and so was more likely to be in the right place at the right time when luck broke my way. In my opinion, the best way to win at this game is to treat is as a very long game. You need enough confidence to put yourself out there and dream big but enough humility to understand that today, you are not the best writer you will be, that you need to constantly learn and grow while you produce.

What are you reading now?
Currently, I’m reading FEVER by Deon Meyer, about the survivors of a nightmarish pandemic trying to rebuild in South Africa. It reads like a cross between THE STAND (the part where they’re trying to rebuild in Boulder) and THE ROAD (the core of the book is the relationship between a father and son, in which the father wants to protect his son’s innocence). It’s a very smart book, extremely realistic and insightful about what things might really be like if civilization collapsed. By the time this interview is published, I’ll be reading something else. I’m always reading, which leads me to another bit of advice for other authors, probably the kind they don’t need as they already know it: Always be writing, always be reading, always be learning.

What’s next for you as a writer?
Ideally, ONE OF US and my next Orbit book will earn out their advance from the publisher, and I’ll be considered a solid midlist author in Big 5. My goal at that point will be to sell a novel to Big 5 each year (ideally Orbit, they’ve been wonderful to work with) while keeping one self-published series going. I’ll keep writing as long as people keep reading it.
Thank you for having me on your site!