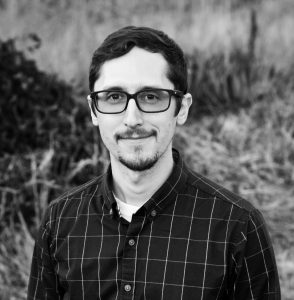 Tell us about yourself and how many books you have written.
I am a new author, script writer, voice actor, and producer. I published my first book in December of 2021, but it took me six years to get there. A friend encouraged me to start writing this story back in 2015 and I thought, “Sure. I’ll write a novel. How hard could it be?” And, of course, it was incredibly hard. I quickly realized that I had a lot to learn, so over the next six years while in grad school, working full-time, and raising a young family with three boys, I wrote this novel. I should say that I mostly re-wrote this novel, because the first draft was done in about eight months. The next dozen or so drafts took five more years.

What is the name of your latest book and what inspired it?
The title of my debut novel is, “Marco Swift and the Mirror of Souls”. I was inspired by an idea about where the souls of the living exist. What do they do? Do they know they have bodies? And I wanted to write a story for kids who have gone through trauma or really anything hard: divorce, abuse, loss, moving, being bullied, or feeling alone. I also wanted to make this an adventure that was exciting, fun, and action packed, because that’s what I liked when I was a kid – still do actually.

Do you have any unusual writing habits?
I get up very early each morning, before my wife and kids, and write. Usually, that’s around 5:30am – 6am. I try to get in 1 hour each day, but sometimes it’s only 15 minutes. Sometimes, of course, it just doesn’t happen because I’ve been up all night with a crying baby or a sick child.

What are you working on now?
I am currently working on two sequels to my debut novel, but I am also working on an animated TV series. I have written several scripts for animated TV series, co-created one, served in a variety roles on different productions, and voice one of the main characters in the series I helped create.

What is your best method or website when it comes to promoting your books?
Ha! I have no idea. I am so busy with creating things that I haven’t taken much time to promote. I try to update my Facebook and Instagram pages when I can. I did a Hidden Gems ARC that gave me a few good reviews. Word of mouth seems to be the main driver currently.

Do you have any advice for new authors?
Learn your craft, take your time, and listen to smart people. I spent so much time writing when I had no idea what I was doing. After years of writing, reading, classes, seminars, and talking with established authors I have learned so much – and still so much more to learn! I wish I had slowed down and listened to others first. I think it would have saved a lot of headaches and confusion at the beginning.

What is the best advice you have ever heard?
“If you look for truth, you may find comfort in the end; if you look for comfort you will not get either comfort or truth only soft soap and wishful thinking to begin, and in the end, despair.” C. S. Lewis

What are you reading now?
The Wingfeather Saga by Andrew Peterson.

What’s next for you as a writer?
I’m working on the sequels to my debut novel now and have two other series planned. But, I am also working in the animated TV world and would love to write more scripts and develop another series.

If you were going to be stranded on a desert island and allowed to take 3 or 4 books with you what books would you bring?
The Bible, The Wheel of Time, The Voyage of the Dawn Treader, and the Lord of the Rings.