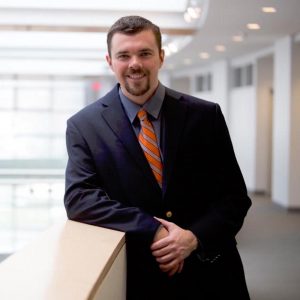 Tell us about yourself and how many books you have written.
This is my first book. I’m 28 years old and have been a sports writer for the last six years. But I’m a huge movie fan. I own more than 250 DVDs, and still buy them despite the fact it seems to be harder to find them in stores.

Actually, for this book, I needed to buy the one James Bond movie that I didn’t have, and when I went into Target, the DVD section was next to the records. That was disheartening.

So I still love actually having a physical movie collection and the James Bond film series. I’ve been a fan of the series since I was about 11.

What is the name of your latest book and what inspired it?
The name of my book is “His World Never Dies: The Evolution of James Bond.” I got the idea for the book last December. I was introducing my fiancée, Shannon, to the Bond series, and while I was explaining to her the history of the series, I thought maybe this is something I could share with more than just her.

So I did some research into how to begin a writing career as an author and found Self-Publishing School. I joined and six months later, I had a published book.

Do you have any unusual writing habits?
I do a lot of my best work late at night. Shannon gets up for work at about 6:30 AM. It’s not unusual for us to only sleep together for about 1-2 hours.

I don’t sit at a desk either. I’m not sure if that’s unusual, but I usually work on the couch with my laptop on my lap — how fitting!

What authors, or books have influenced you?
I guess I should start with Ian Fleming. My book doesn’t discuss at length his version of Bond, but as the character’s creator, of course he is an influence to me.

Steven Jay Rubin is definitely another author who has influenced me. He is the author of “The Complete James Bond Encyclopedia” that I often perused through when I was a kid.

What are you working on now?
I’m a freelance sports writer, so I’m always working on some type of story. Right now, I’m writing a really cool feature on the Shoeless Joe Jackson museum in Greenville, South Carolina for Yardbarker.com. I also work on a lot of sports slideshows for them.

At Falcon Maven, I run a team of four people blogging about the Atlanta Falcons. It’s mostly a video platform, but there’s some news writing involved as well.

You can also see my sports writing work at Southern Pigskin and, in the fall, Yurview.

What is your best method or website when it comes to promoting your books?
I’m still developing them, but I’d say my Twitter accounts. My personal one is @dmholcomb, and the book’s account is @HisDies.

I also have a landing page for the book: https://mailchi.mp/fc7c95c78dd8/hisworldneverdies-theevolutionofjamesbond

Do you have any advice for new authors?
If you have an idea, just write it. Coming up with the idea is the hardest part. It can also be the most fun because it’s not real yet. Imagining what you can do next with your writing career is fun.

But once you have that idea, just write, man. And if you don’t think you are a good writer, the only way to get better is write. Write every day.

What are you reading now?
I’ve been reading a lot of other books coming out of Self-Publishing School in an effort to help other first-time authors.

One book from SPS I love is “Two Dads and Three Girls: Searching for Sexual Identity, Falling in Love, and Building a Family through Surrogacy” by Nick He. It’s a completely different genre than my book, but it is a wonderful memoir about a young Chinese man coming to terms with himself that he’s gay.

I’m also in the middle of “The Demon of Blackguard Hall: A Gabrielle Warwick Demon Hunter Novel” by Bronwen Skye. It’s a fantasy thriller, which isn’t something I normally go for, but again, I’m trying different books to support Indie authors, and the book is really captivating.

What’s next for you as a writer?
It might not be until after the fall (football season), but I hope to begin my next book soon. I’m bouncing a few ideas around in my head — both involving James Bond and not. I’m also considering fiction.

I’ve been inspired by the 75th anniversary of D-Day. My grandfather was in WWII, and when I was in middle school, I wrote a short story about his adventures on a motorcycle during the war. I don’t think I finished it, but I might be crazy enough to pick it back up all these years later.

I hope to get something published in the spring or early summer of 2020.

If you were going to be stranded on a desert island and allowed to take 3 or 4 books with you what books would you bring?
The Godfather, Killer Angels and Casino Royale