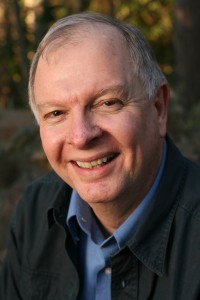 Tell us about yourself and how many books you have written.
I’m a science writer who’s worked at research universities including Caltech, MIT, Cornell, Duke, and the University of Wisconsin. I’ve written nonfiction books about the importance of fathering (Father Power, 1975), the search for the Loch Ness monster (Search at Loch Ness, 1977), and how scientists can communicate their work (Explaining Research, 2010). I’m now writing speculative fiction novels, including The Rainbow Virus, Wormholes, and Solomon’s Freedom. My novels seek to extrapolate real-world science into compelling stories that speculate on their ultimate implications.

What is the name of your latest book and what inspired it?
My latest novel, The Cerulean’s Secret, had its origins thirty years ago, when an oddball question popped into my head: What if there were a blue cat? I suspect that notion arose because, at the time, as head of the Caltech news bureau, I was witnessing the beginning of the genomic engineering revolution. Caltech biologists were building the first “gene machines” to sequence and construct DNA and protein molecules. I believed that these machines would ultimately spawn an extraordinary technology for manipulating life. As the technology evolved, so did the story of my imaginary blue cat. I began crafting the novel some two decades ago, as genomic science fiction became science fact. And as with all my novels, I drew on that science fact to inspire my fictional adventure, to try to make it as realistic as possible. Being a science writer, I aim in my novels to extrapolate my stories from real science, which is sometimes even wilder than any science fiction. The Cerulean’s Secret was just such a novel, because as I wrote it over many years, many of the devices I envisioned for 2050—from robot snakes, to virtual-reality glasses, to quantum computers—began showing up as real-life technology. And, although I wanted to tell an exciting story, I also wanted to explore the critical moral and ethical issues raised by our growing ability to genetically engineer life.

Do you have any unusual writing habits?
I guess my most unusual writing habit is where I write. My wife and I live in a log cabin deep in the North Carolina mountains, a mile from the nearest neighbor. We live in the middle of nature, encountering deer, raccoons, hummingbirds, and even an occasional bear. It’s a great place to write, without the intrusion of the distractions of civilization.

What authors, or books have influenced you?
I’m an old-school guy, who grew up reading the greats, like Isaac Asimov, Robert Heinlein, Arthur C. Clarke, Ray Bradbury, Philip K. Dick, and Frank Herbert. Their novels told great stories with great characters, and offered highly insightful previews of the impact of science on society.

What are you working on now?
My next novel is The Happy Chip, about a company called NeoHappy, Inc., which markets a sophisticated nanoelectronic chip that, when implanted, enables people to monitor the hormones that measure their own happiness with the people and products in their lives. At first, millions of people find the Happy Chip a pathway to more pleasurable choices. But the company begins to disseminate control chips that manipulate people’s emotions, and can even assassinate them by remote control. The protagonist is science writer Andy Davis, who is hired to co-author the biography of the company’s genius founder, Marty Fallon. What starts out as a dream assignment for him transforms into a nightmare that threatens to subjugate not just Andy and his family, but the world.

What is your best method or website when it comes to promoting your books?
By far, my most important promotional tool is my own web site. I strongly advise authors to get the URL “yourname.com.” If you don’t grab it, somebody else will. I had to wait years until whoever had my name finally let the URL expire, so I could obtain it. Other important promotional tools are a blog, a Facebook fan page, and author pages on Goodreads and Amazon. All are free. In fact, the most effective promotional tools are free or inexpensive; while the least effective, such as paid advertising, are those that cost significant money.

Do you have any advice for new authors?
Write for the love of writing. And keep writing and trying to improve your writing, no matter what. And play the long game. That is, don’t assume that your first book will make your reputation, or even the fifth. You might have to write a dozen books to establish your brand, and even then you might not make it big. But if you write books that you are proud of, and that your readers enjoy—no matter how small the audience—you’ve fulfilled yourself as a writer. Finally, explore both traditional and self-publishing, and learn marketing skills. You’ll need them regardless of how your works are produced.

What is the best advice you have ever heard?
There’s a delightful little book, For Writers Only by Sophy Burnham, that contains the best advice I’ve found for writers, as well as marvelous insights into the writing life. Burhnam tells stories of great writers and their tribulations, and also offers quotes from writers that have greatly encouraged and inspired me. My favorite quote, from Gloria Steinem, captures the compulsion and joy that every writer feels when immersed in their craft: “Writing is the only thing that when I do it, I don’t feel I should be doing something else.”

What are you reading now?
This may sound weird, but I’m going back and reading my first novels. It’s not an ego thing; I want to look back with some perspective on what I’ve written, and how I might have written it better. Sometimes I’m pleased at what I’ve written; sometimes frustrated.

What’s next for you as a writer?
I will continue writing speculative fiction—that is, drawing on real science, both current and future, to tell stories that make people think about the impact of science and technology. For example, my next book after The Happy Chip is The Neuromorphs, about the coming impact of artificially intelligent robots. The latest research on neuromorphic computing and “deep learning,” will enable such machines, and there is serious debate and concern about how they will affect the human species.