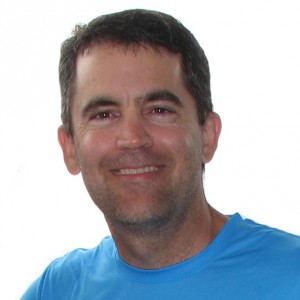 Tell us about yourself and how many books you have written.
Thank you for the opportunity. I’m in my mid-40’s. After a career in IT I was downsized last Fall and decided to spend my time writing books. It took me almost six months writing and editing around the clock, but I penned three books about the Zombie Apocalypse and published them as e-books and print-on-demand books. I’m writing my forth book in the series for release in April, 2016.

What is the name of your latest book and what inspired it?
My book series was inspired by my 104-year-old grandmother. She passed away in 2014 and for some reason I felt the need to write a short story about her. I couldn’t just write something sweet and innocent, so I put her in a world where she is surprised by her live-in nurse who had been infected by a zombie virus. The story is how she escapes her bloodthirsty nurse. After I wrote it, I was so interested in the character I decided to keep on going. A book emerged. Then three books. I’m working on book 4 as we speak.

Do you have any unusual writing habits?
It’s hard for me to know what is a “usual” habit for a writer because I don’t know any other writers well enough to ask them. I run marathons on the side, so I’m used to getting into a groove and just getting lost in the moment. Maybe it’s unusual that I’ll sit down to write and I’ll crank out words for hours and hours, rather than portioning it out evenly over many days.

What authors, or books have influenced you?
The most influential book for me as a writer was by George R. Stewart called Earth Abides. It was one of the earlier (1949) examples of post-apocalyptic fiction, which is the genre I read and enjoy writing about. In that story a terrible plague sweeps across the earth, and the hero must pick up the pieces of the dying world to start over. He was the inspiration for later greats such as Stephen King’s The Stand, so you know it’s quality!

What are you working on now?
I wrote my first book, Since the Sirens, not really knowing where the story was going to take me. My hero is a 15-year-old teen named Liam. He has to rescue his 104-year-old great-grandmother from the zombies in the city of St. Louis, Missouri. Since I have written additional books you can probably figure out if he escaped. However, once I was done with book 3 I really thought that was going to be it and I would move on with my life to something else. However, the books did so well, and I had so much left unexplored in the world, I was happy to start book 4. I’m about 34,000 words into that story, and I already have 50 pre-orders for it! It comes out April 28, 2016.

What is your best method or website when it comes to promoting your books?
That’s a great question. The honest answer is “I don’t know.” The reason I have to say that is because Amazon—where I sell my books right now—has no metrics for authors to see where their buyers come from. There are many fine websites which promote books for authors like me, and I’m willing to spend money to get in front of an audience of readers, but the only way I could find the “best” method or site would be if I did one website a day and watched my sales. This is a missed opportunity for Amazon in my opinion because when I sell books, they sell books. I will say, as a tip of the hat to Awesomegang.com, I’ve not seen a site with as slick an interview system as this. I would love to do more interviews, but where do you go? I love that you make it easy.

Do you have any advice for new authors?
Wow, so much advice out there. I’ve spent the last six months swimming in it. Perhaps the best and most comprehensive advice I could give is to treat your writing as a hobby but treat your publishing as a business. If you just want to write a story for yourself, you really don’t have to worry about editing, covers, and story quality. However, if you publish it, and want people to buy it, you have to treat it as you would any business. Pay a little money to have it edited (you can do this for under $200). Pay a little money to get a great cover (you can do this for as little as $5, but I spend about $150 on mine). The key to the whole thing is having your building in order so that when you turn on the lights in your store, the customer/reader will admire your products and tell their friends (reviews). If you’ve shortchanged yourself on any of the above keystones of your store, you will find it very hard to succeed. As a reader do you go back to an author that has a million spelling mistakes? Do you look twice at an author who has covers that look poor? The answer for me as a reader is no. As an author that goes doubly so.

What is the best advice you have ever heard?
I’ll stick to advice in the writer world. Fellow zombie authors Mark Tufo and Armand Rosamilia have a podcast where they said something that I found very profound. I can’t remember which of them said it, so I’ll credit them both. Basically, they said writing is like a mistress. She comes calling at all hours, and at any hour. They said it was VERY IMPORTANT to let my wife know that my distracted looks and thousand yard stares were the result of being inside my story, and not because I didn’t want to be with her in the moment. At the time it seemed silly, but as I became more engrossed in the craft of writing I realized I wanted to write ALL the time. That’s when I took the advice to heart, learned to scale down my brain in the evenings during family time and on the weekends just to give my brain a day or two off. Strangely enough, after working for years in the IT field and dealing with technical issues all day long, I found that writing uses even more brain power over a consistently longer period of time. If I had the stamina I could write for 20 hours a day just because the story inside my head just keeps going.

What are you reading now?
It’s been said a good author needs to be a voracious reader if they have any hope of being good at their craft. I read a lot prior to starting to write my own books, and I’ve had very little time since then to get into the books I want to read. I’m currently reading IMPACT: A Post-Apocalyptic Tale, by Matthew Eliot, and an old World War II paperback called Hell Has No Heroes, by Wayne Robinson. I wish days were 40 hours long. I could fill every one up.

What’s next for you as a writer?
We’ll just see how this book series goes. My first book went live in mid-December, 2015 and I hardly made anything in the first few weeks after release. However, after my second book went live (mid-Jan) I noticed the revenue stream started going upward, and once my third book went live (mid-Feb) I realized I could potentially make a living at being a writer. If that were to happen, I’d probably explore other genres which interest me such as Science Fiction and Fantasy. I grew up playing Dungeons and Dragons, so that would be an exciting direction for me. Or, I may just keep writing post-apocalyptic and dystopian. My books tend to have a positive spin on the future (I know this is hard to believe in a zombie book) so I could carry that with me wherever I go.

If you were going to be stranded on a desert island and allowed to take 3 or 4 books with you what books would you bring?
I am not an overly religious person, but my first choice of a book would probably be the Bible. Primarily because it is loaded with stories. I’m talking the huge tome with onion skin pages and seemingly endless chapters and verses. If nothing else it would keep me busy, and if it accidentally saved my soul, so much the better. From there I’d probably bore you with books which covered medicine, hygiene, boat construction for castaways, or how to identify plants to eat. I kind of have that survivalist mentality, so I’d stay with books that would help me, rather than entertain me. If I was forced to pick absolutely one book for entertainment purposes only I’d pick Earth Abides. The story has a Robinson Crusoe feel anyway because the hero emerges from the plague and lives alone for a long time before he begins to rejoin civilization. If I was on a deserted island, I would find great comfort in that story as well as entertainment.