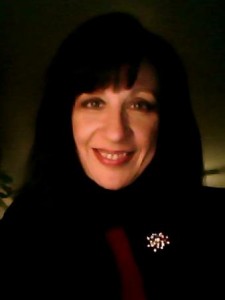 Tell us about yourself and how many books you have written.
I come from a family of prizefighters and grew up in Toronto’s Little Italy. At age twenty, I sifted through journals I’d been keeping for eleven years, searching for clues; somewhere inside, there had to be a whisper of an idea, some hint of what I could do with my life. A year later after noticing I was ankle-deep in journals, I decided to try writing.

With a dream to live in the country but still be near a city, I left Toronto in ’99 and now reside in Napanee, Ontario. As a dedicated Christian, I often wonder what makes God laugh. I work part-time as a secretary for a parish in the Kingston Archdiocese. God has fascinated me since I floated down half a flight of stairs at age eight—which, I happily learned, is a common occurrence for children.

I bartended for ten years, worked nights as a front desk clerk in an eleven-hundred-room hotel in Toronto, hold an almost-green belt in tae kwon do, took modeling and acting lessons, studied portraiture at Toronto’s Three Schools of Art and Magazine Writing and Editing at Humber College. I recommend bartending to every writer out there—at least try it for a week.

I’ve written six books (Dark Angels Prey is a brick at a meaty 826 Kindle pages) and presently I’m backlisting for Amazon KDP. What a wonderful new era for writer’s we’re in!

Aside from books and movies, I likes a lot of things! Some are—

• anything to do with Woodstock.

• computers and the Undo button

What is the name of your latest book and what inspired it?
I’m working on ‘The Sculptor’s Clay’, (mentioned below) which veers off from the supernatural.

Do you have any unusual writing habits?
Unusual? No.

What are you working on now?
A novel about ‘passive’ obsession. A vulnerable woman destroys her health idealizing a disturbed man.

What is your best method or website when it comes to promoting your books?
At the moment I haven’t progressed beyond Facebook and Twitter. But I’m working on it.

Do you have any advice for new authors?
Oh yes–lose the fear! Know going in that it’s all subjective. Not everyone will like it. And never look at the enormity of a project. Tackle it in slices–a few pages becomes a chapter. A few chapters evolve into more chapters. Let us never overwhelm ourselves at any stage of the process. The rest you know–read voraciously and write, write, write.

What is the best advice you have ever heard?
Tranxu, a Chinese sage said: “When the archer shoots for no particular prize, he has all his skills; when he shoots to win a brass buckle, he is already nervous; when he shoots for a gold prize, he goes blind, sees two targets, and is out of his mind. His skill has not changed, but the prize divides him. He cares! He thinks more of winning than of shooting, and the need to win drains him of power.”

Tied with Tranxu is the following:

Creativity guru, Mihály Csíkszentmihályi, calls this “The Circle of Write”

What are you reading now?
The White Masai by Corinne Hofmann

What’s next for you as a writer?
Thought I’d look into Amazon’s ACX Program for audiobooks

If you were going to be stranded on a desert island and allowed to take 3 or 4 books with you what books would you bring?
The Bible

Secretariat, The Making of a Champion by William Nack

Eddie and the Cruisers by P.F. Kluge

On Borrowed Time by David Roselfelt