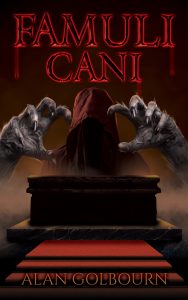 EVIL IN THE FOREST

When best friends, David and John, are made redundant, they decide to go away with another close friend, Grant, to David’s uncle’s farm up in Scotland in Rothiemurchus Forest. David soon learns of strange and terrible things happening on the farm, where some of the animals are found mysteriously mutilated and slaughtered.

David’s uncle also informs his nephew of other strange phenomena — including whispers in the wind, and a strange and constant sensation of being watched by someone or something. Driven by his concerns for his aunt and uncle and fuelled by curiosity, David is determined to travel up north, against the wishes of his uncle.

Things soon start happening even before David and his friends set off. They become targeted with frightening and inexplicable events, and messages warning them to STAY AWAY, so that one friend is too scared to go, leaving only the two to make the long-distance drive up to Scotland. Despite more frightening and unimaginable things happening on their way up to the Highlands, the two friends, now fearing for their lives, remain determined to reach the farm.

With their minds racing to all sorts of theories, they will soon face an unparalleled horror, with pure evil awaiting them, and an old Scottish folklore proving to be terrifyingly true …

With its strong characters, Famuli Cani is an original, chilling, suspenseful and engrossing story.

Author Bio:
Alan Golbourn was born in Essex, England. He enjoyed writing stories at school where he was known for his writing abilities. Amongst several interests and hobbies including football and computer games, he holds a love and compassion for animals.