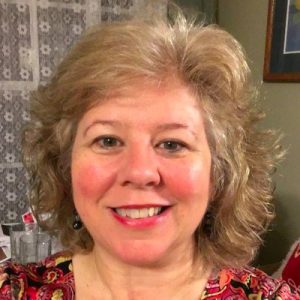 Tell us about yourself and how many books you have written.
As the daughter of an Army officer, I spent my childhood moving frequently, and the privilege of experiencing different cultures inspires many of my stories. My three decades as a pastor/elder’s wife and the mother of four grown children also influences my writing. Currently, I have written four novels and contributed to two non-fiction anthologies. My novels are the first four volumes of the International Mission Force series, three of which have been released and the fourth is due to be released late 2019.

What is the name of your latest book and what inspired it?
My most recent release is KenyaQuest, the third in the International Mission Force series, which is set in Mombasa, Kenya, and released in 2018. The story was inspired by two very real heroes. The first was an 18-year-old young woman who traveled to Mombasa on a short-term mission trip and was inspired to devote her life to the children there. The second was a real-life Indiana Jones — an adventurous gemologist who discovered a brand new gem, lived in a tree house occasionally frequented by a leopard, and used a pet Python to guard his gems.

Do you have any unusual writing habits?
I frequently write sitting on a sofa with my feet up or sitting in a crowded coffee shop. While most writers prefer quiet to focus and concentrate on the story they’re crafting, I discovered when I was in college that I work better with lots of background noise. I also spend many hours online researching details of the destinations my characters will visit. Studying the language, geography, weather, diet, folklore, culture, and political history of a setting allows me to create a more realistic experience for my readers.

What authors, or books have influenced you?
The most influential authors to my writing have been Jerry B. Jenkins, Ted Dekker, and Tosca Lee. Jenkins’ not only spoke at the first writers’ conference I attended, but his writing in The Left Behind series was my first experience with Christian fiction. Ted Dekker taught me that even genres like fantasy or thriller can convey biblical truth in a powerful way. And Tosca Lee showed me how to climb inside the heart and mind of a character, whether that character is the first woman created or a fallen angel.

What are you working on now?
I recently completed the first draft of Volume 4 for the International Mission Force series, IslandGambit, and am working on edits for that as well as beginning the research for Volume 5.

What is your best method or website when it comes to promoting your books?
My most effective social media events have been Facebook Launch parties for each of my books! I usually set up in a coffee shop, with a team of friends to help manage the chaos, and answer questions, post pictures and songs, and draw winners for great prizes. I’ve only recently begun to really use Instagram regularly and I’m seeing great results so far!

Do you have any advice for new authors?
The one piece of advice I give all aspiring authors is to attend a writers conference, and the one I recommend if you’re in the eastern part of the US is the Blue Ridge Mountains Christian Writers Conference. Attending a writers conference not only provides the opportunity to learn from a host of excellent faculty about every aspect of writing, from the business end to plotting, editing, or writing a synopsis.

What is the best advice you have ever heard?
The most memorable advice I’ve heard was, “Do quit your day job!” Although the well-known author of this advice didn’t necessarily mean to send in a two-week notice, he advised writers to center their professional identity in their writing. In order to become an author, we must first see ourselves as writers.

What are you reading now?
I’m currently reading “The Art of Hard Conversations” by Lori Stanley Roeleveld. This non-fiction guide provides concrete biblical advice on navigating those uncomfortable, critical, and sometimes painful conversations. Lori is an awesome storyteller who conveys so much truth in her blog posts as well as in her books.

What’s next for you as a writer?
I have two more volumes in the International Mission Force which are under contract, which I anticipate releasing over the next two years. In addition, I have several other storylines that I’ve been slowly researching and building. The first is a speculative fiction novel about a government conspiracy to fake the Second Coming. The other is the story of two firefighters in a small, southern town who work to bring their segregated churches together and find the arsonist who is burning down churches.

If you were going to be stranded on a desert island and allowed to take 3 or 4 books with you what books would you bring?
The first would be a book on how to build a boat. 🙂 I’d also bring Jerry B. Jenkins’ Riven, Ted Dekker’s The Complete Circle, and Tosca Lee’s Demon: A Memoir. Or maybe Havah – The Story of Eve.