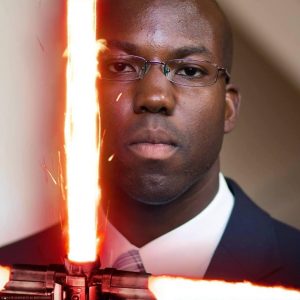 Tell us about yourself and how many books you have written.
I am Fred Tippett, II. THE WOMEN IN WHITE is my first published novel, though I’ve written five in total and have plans for publishing the other four and writing many more. I currently live in Alabama, but I’m actually a Washington-DC-barred attorney with a Juris Doctor Degree from the University of Pennsylvania Law School.

What is the name of your latest book and what inspired it?
My latest book is titled THE WOMEN IN WHITE, and it was inspired by my long-held dreams of writing Young Adult Mystery fiction featuring teenaged sleuths who solve real-world crimes. Years of reading Nancy Drew or Hardy Boys or Anthony Horowitz YA novels during my childhood gave me a fascination with the YA Mystery sub-genre: powerful, fiercely intelligent young people who unravel the dark secrets of their worlds and bring them to light.

Do you have any unusual writing habits?
I don’t think so, but I also understand that “unusual” is a relative word.

I tend to outline all of my books before I write them–though I don’t always stick to those outlines as I’m going. Many times, an outline will be a starting point for me. And once I’ve actually begun drafting the book, the characters or practicality or the story itself will just force me in another direction. (I do tend to have more ideas for books than I do time to write them, which means that I often spend more time outlining and planning books than I do writing them.) Once I’ve gotten a good first draft of the book down, I’ll usually take quite a substantial break from it (generally a few months) before hammering away at a solid first edit. And I usually take the book through at least one extra edit (usually with a partner’s input) before deciding to shop it for publication.

What authors, or books have influenced you?
Way, way, WAY too many to name. I’ve read a TON of books, and I KNOW ADBOUT two tons more, and I think that they’ve all impacted my style in one way or the other. Even so, some particular names do stick out. During my early childhood, I read plenty of Hardy Boys and Nancy Drew (both the originals and the offshoot titles), as well as everything Sherlock-Holmes-related. During my teenage years, I read several of James Patterson’s Maximum Ride and Women’s Murder Club novels, some of Sue Grafton’s Alphabet series, James Frey’s I Am Number Four Series, Christopher Paolini’s Inheritance series, most of Anthony Horowitz’s young adult novels, and plenty of Mary Higgins Clark. As of right now, I’m reading quite a bit of Michael Connelly’s works and those of C.S. Lewis.

What are you working on now?
Right now, I’m actually in the final stages of editing my second book! It’s going to be another YA Mystery novel–though this one will feature a strong female protagonist, as opposed to THE WOMEN IN WHITE’s Greg Chase. I’m hoping to publish it before the end of next year!

More globally, though, I also have a few other YA projects–as well as my first bona fide Adult Mystery novel–that I’m in the process of outlining and planning for eventual release.

What is your best method or website when it comes to promoting your books?
I really have taken a more scattershot approach to promoting my books than using any one “best” method for getting the word out. I have my own website and have advertised my debut novel there. But I also have accounts with Goodreads, Twitter, and Instagram; and I promote my materials heavily there too–to say nothing of Amazon, where THE WOMEN IN WHITE is currently on sale. To be fair, though, I do suppose that my Twitter advertisements have probably gotten me the most attention thus far.

Do you have any advice for new authors?
This is going to sound clichéd, but I’ll say it anyway. NO ONE can expect to be a good author unless he/she is reading often AND writing often. Time/career/responsibilities, of course, must be taken into account. But I honestly believe that the best thing that a new author can do if he/she wants to make it in this business is read and write as often as feasibility permits. Whatever genre the author wants to be famous for producing is what he/she should be primarily reading and writing. Reading it will give the author an understanding of what works and what doesn’t in that genre–what is more likely to be seen as attractive by readers and, thus, agents and publishers. Writing it will give the author practice producing it. Even if that “practice” writing never gets published, that author will improve his/her craft with every new work that he/she produces.

What’s next for you as a writer?
Well, I’m already in the process of final-editing my next book, another YA Mystery novel. Once I’ve finished that, then I will likely look to publishing and subsequently advertising it. I have several other book-related projects that I’ll be moving on to tackle after that!

If you were going to be stranded on a desert island and allowed to take 3 or 4 books with you what books would you bring?
I’d like my Bible, first and foremost. Of course, since I’m quite a practical human being, my second would be an all-inclusive guide on how to survive on a deserted island in the 21st Century. My third would be an all-purpose guide on how to build a makeshift vessel capable of reaching civilization when starting on a deserted island. And my last would be some all-purpose guide for choosing and storing fruits and such from the island that would allow me to physically survive the trip!