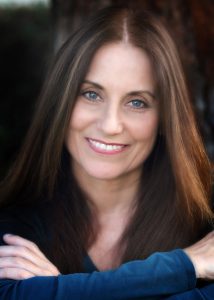 Tell us about yourself and how many books you have written.
I’m a USA Today bestselling author of swashbuckling “medieval action-adventure romances,” mostly set in Scotland, with 24 books published in six languages. But before I was a medieval matchmaker, I rocked in an all-girl band called The Pinups on CBS Records, did voiceovers for the MTV animated series, “The Maxx,” Diablo and Starcraft videogames, and Star Wars audio adventures, and married a rock star. These days I love to transport readers to a place where the bold heroes have endearing flaws, the women are stronger than they look, the land is lush and untamed, and chivalry is alive and well!

What is the name of your latest book and what inspired it?
My latest full-length novel is “Bride of Fire.” My most popular historical romance series is The Warrior Maids of Rivenloch, and readers had been pestering me for a sequel. So this is the first book in the sequel series, The Warrior Daughters of Rivenloch. After a long absence from the world of Rivenloch, I was delighted to dive back in and share the exciting stories of these three cousins, who prove the apple doesn’t fall far from the tree.

Do you have any unusual writing habits?
I write first thing in the morning, before I shower, before I get dressed, before I eat. I grab a cup of coffee and my laptop and write for a few hours every day. I think that’s unusual, because most authors I know write into the wee hours and hit the internet as soon as their feet touch the floor in the morning.

I also occasionally tag along on my rock star husband’s tour bus, and I write while the band is on long drives. I don’t get carsick, and it gives me a nice chunk of writing time.

What authors, or books have influenced you?
I like a wide variety of authors. I grew up on the historical romances of Jude Deveraux, Julie Garwood, and Tanya Anne Crosby, and I’m currently eating up Erica Ridley’s stories. But I also love Dean Koontz’s horror, Malcolm Gladwell’s essays, and classic Ray Bradbury.

What are you working on now?
I’m writing “Bride of Ice,” Book 2 in The Warrior Daughters of Rivenloch historical romance series. Set in medieval Scotland, it’s the story of the daughter of Deirdre and Pagan from “Lady Danger.” Hallie is a heroine who is more comfortable with killing than kissing, and Colban an Curaidh is the champion who thaws her heart.

What is your best method or website when it comes to promoting your books?
Readers rely on my newsletter to hear about new releases and to get the behind-the-scenes stories, promotions, and giveaways. But when it comes to deals, I rely on email blast advertisers like BookBub and Awesome Gang to do the heavy lifting for me.

Do you have any advice for new authors?
First, read everything you can–especially in your genre. You can’t develop your own voice if you don’t know what’s already out there and what readers are picking up. Second, try to ignore that critic on your shoulder until you finish your first book. Writing needs to start with an open heart and mind, and too much criticism can shut everything down. There will be time later to polish and work on craft. Just get the words down on the page.

What is the best advice you have ever heard?
Just do it.

I tend to over-analyze things… What will happen if I do this wrong? What will people think? What if nobody likes this?

Unless there’s a life-and-death consequence or a big chunk of money involved, I’ve learned it’s sometimes best to be a little audacious. Just go for things, full speed ahead, without overthinking them.

What are you reading now?
My tastes are so eclectic, you never know what I’ll be reading. I’m currently about halfway through a biography from Walter Isaacson, “Leonardo da Vinci.” But I have tons of historical romances and a few thrillers on my TBR pile.

What’s next for you as a writer?
I’m interested in pursuing audiobooks, because I’m a voiceover actor as well as an author. I’m also looking at Portuguese and French editions, since I’ve already done Italian and German. As far as writing, since my Rivenloch series is so well-liked, I’ll probably continue with that.

If you were going to be stranded on a desert island and allowed to take 3 or 4 books with you what books would you bring?
1) Getting Off a Desert Island for Dummies, 2) Lord of the Rings, 3) William Shakespeare’s Complete Works, and 4) Stories from Ray Bradbury