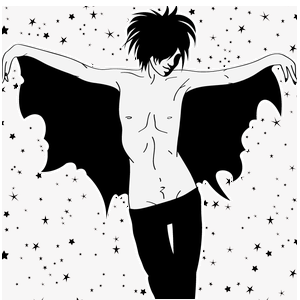 Tell us about yourself and how many books you have written.
I’m fairly normal outwardly, but I’ve led an interesting life: traveled the world, looked in dark places for wisdom, participated in some really questionable decisions. I wish I was as pretty as the avatar I use for social media. Alas, I am not.

H.C. Cavall is, of course, a pen name. (My first choice, Joey McDarkname, seemed a little too subtle.) It’s a corrupted version of “Cleiti Capall,” which is Irish for “horse feathers.” I’ve always loved foreign languages and word play like that.

TAINTED is my first novel fit for human consumption. All past attempts have been buried in a shallow grave with no markers or witnesses.

What is the name of your latest book and what inspired it?
The funny thing about TAINTED is that it literally came out of nowhere. Well, that’s not 100% accurate—I had a spiritual upheaval about a year or two ago, and I don’t think I can usefully explain it beyond that. A few weeks later, Astin just sort of materialized, feathery bits and all. Nemesis was a character I was already using in short stories, and the fit seemed right. Once I got the two of them on her bike, the rest practically wrote itself.

I suppose TAINTED is also a metaphor, featuring a struggling millennial trying to stay away from a force that wants to suck out his soul through his eyeballs. It wasn’t intentional, though. Mostly, I just drop-kicked Astin into this bonkers new world and let things fall where they may.

Do you have any unusual writing habits?
I have a theory that authors don’t actually create, they just observe something that’s happening and write down their own account. These worlds we have in our heads are very real. If you can get out of your own way, there’s a wealth of stories to be found.

I also get a lot of inspiration from my dreams, which is probably why a good deal of TAINTED is driven by Astin’s. If a dream leaves a big enough impression on me, it’s bound to get plopped into a story sooner or later.

What authors, or books have influenced you?
Dave Barry was a huge inspiration on my sense of humor as a teenager. George Sand is a huge inspiration to me, as well—her political views as much as her writing. Beyond that, Lilith Saintcrow’s JILL KISMET series pretty much showed me how the urban fantasy genre was done.

I’ve got a whole host of other authors I admire, but this is going to turn into a Emmy acceptance speech if I get started, so I’ll leave it at those.

What are you working on now?
ALTERED, the next Astin Fell book. I’ve already got the overreaching plot and major characters. I just need to stitch the scenes together, then sit down and actually *write* the damn thing.

What is your best method or website when it comes to promoting your books?
I’m a nobody from nowhere—for now—so getting the book in front of people is a lot more important than making money. Promotional sites for cheap/free books (like Awesomegang! wink, wink) are life savers. Amazon Kindle Direct can be incredibly useful as well, though you don’t want to stay locked in forever.

Bottom line, I’m doing whatever I can to get as many eyeballs on TAINTED as possible—no visual pun intended. That’s the single most important thing to me right now.

Do you have any advice for new authors?
Find a community of published authors who have been through this before—there’s probably a online forum *somewhere* for your chosen genre. Make sure you vet them AND their sales so you know their advice is worth something. Once you have, take whatever advice they have to give. LISTEN to them. Be prepared for your ego to take a beating, even from the nicest of people. You’ve got the energy and optimism, but if you go into self publishing without the savvy, you’re gonna get creamed. It’s better to take your lumps in a controlled environment.

What is the best advice you have ever heard?
“Your cover and blurb matter as much as your book.”

Runner up: “Your cover designs suck.”

It took me 14 tries to finally land on the “fire eyeball” one that I used for Tainted, and even that required some outside help. I can’t wait until someone leaks the earlier ones I was considering. Woof.

What are you reading now?
I’m between books while I ramp up promotion, but I’m definitely finishing Gail Carrianger’s CURTSIES AND CONSPIRACIES series as soon as I catch my breath. Beyond that, maybe I can start an email campaign to pester Lisa Mantchev into writing a TICKER sequel. SUGAR SKULLS will hold me over in the meantime.

What’s next for you as a writer?
I’m still learning how to promote as I go, which is going to make my first publish all the more draining. Once things settle down, I want to spend time on ALTERED and, of course, reading.

Only so many hours in a day. Eesh.

If you were going to be stranded on a desert island and allowed to take 3 or 4 books with you what books would you bring?
“How to Survive on a Desert Island.”
“How to Get Rescued from a Desert Island.”