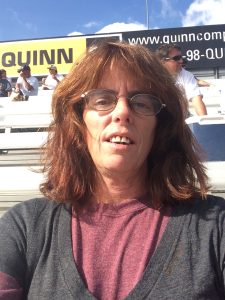 Tell us about yourself and how many books you have written.
I live. In Southern California and since 2008 I have 7 published novels and novellas including 2 contemporary novels, 3 fantasy I guess you could call them, and two science fiction paranormal romance novels. They are all sexy, graphically descriptive with being crossing the line into erotica territory.

What is the name of your latest book and what inspired it?
My newest book, available October 1, 2022, is Under a Tropical Moon. It is available for preorder right now, however. Inspiration? This written in collaboration with my friend and colleague C J Reed. We were messaging back and forth one day, discussing what we would do and what we would like if we spent a couple weeks at a Tropical Island Resort. Some of it was and some to be expected. I don’t quite remember where the vampires came into it but it grew from there. It did take some time to finish and then life got in the way and more years passed before we took the plunge and published it.

Do you have any unusual writing habits?
I don’t know if they’re unusual, except one thing. It might horrify other writers so that will be last thing. I write longhand, yeah on paper, the entire first draft before editing (except crossing misspellings) and on the second draft I edit as I type it into a Word file with minimal formatting. A third run through corrects typos, rewrites parts I don’t like and adds or deletes any thing the characters want added or deleted. They are quite vocal in their demands. Now, horrifying, to other writer, … I don’t use an outline, at all, for any fiction project. They don’t work for me.

What authors, or books have influenced you?
My favorite books come from Stephen King. One thing he did influence was detail, the level of detail to create not just the scene, but atmosphere. I can see, feel it, experience it with all senses. I’m pretty sure I fall far short of his mark, but the devil is in the details. It’s just not enough to say it was scary. Other favorites include Christine Feehan, her Carpathians in particular. I was reading the series when we got into this idea. Maybe that’s where the vampires came from.

What are you working on now?
Now? I am writing the third Psychorp book, which brings together the first two books and is supposed to set the stage for the Psychic Wars universe… For those unaware, The Psychics of Psychorp series has two titles, Psychic Reunion, and Psychic Alliance, Psychic Rebellion, my current WIP, rounds out the trilogy.

What is your best method or website when it comes to promoting your books?
I have never had much luck there, or maybe it was lack of knowledge, skill, and patience. I’m using several sites to start this promotion, by the way, and I’ve gone to several sites, David Gaughran’s site was enormously helpful. I have to give him kudos. He has an awesome free course, From Zero to Hero, to learn self-publishing and marketing. I don’t know yet what will work best but I’ll certainly let you know!

Do you have any advice for new authors?
Yeah, don’t give up no matter how many times you cry in your wine. And take David’s course. It’s free and knowledgeable. Enough shameless plug for another writer. He has no idea and didn’t ask. It did help me a lot. Other advise? Write the story your characters are telling. Mine are very vocal and they don’t shut up up until the final word of the final draft is typed. That silence tells me I’m finished. If you do use an outline, put some flexibility in it. Things change, one idea leads to another and a short story becomes a novel. Don’t sell yourself short. No one gets right on the first shot. That’s why I believe in reincarnation…no human ever gets it right the first time.

What is the best advice you have ever heard?
My father… he told me once that “you don’t have to do anything you don’t want to and you can do anything you want to do”. I forget the context but it was right after I graduated college and was headed into Army. To me that meant. The only thing holding you back is you. Make a decision, right or wrong, don’t sit on the fence. Gets uncomfortable. Yes, there are consequences but you deal with that and go on to the next thing. Persistence…no, stubbornness pays off.

What are you reading now?
Rereading. The Stand, when I’m not writing or promoting, which takes how since I’ve never really done it before. My TBR pile is so high it needs one more book to wedge against ceiling so it doesn’t topple over!

What’s next for you as a writer?
Finishing Psychic Rebellion, and the second Writers and Vampires book. It’s another series, more of a collection of similar stories. And I’ve given a lot of thought to screen writing. I have ideas for a crime drama that would be a great series…not you usual cops and bad guys and lawyer shows but based on a real person doing some real things. No details. I’m not sure I can even pull it off.

If you were going to be stranded on a desert island and allowed to take 3 or 4 books with you what books would you bring?
A survival text, maybe two, my favorite novel, the one that cemented my love of science fiction, A Wrinkle in Time by Madeleine L’Engel, and a 4 inch at least three ring notebook full of blank paper. I would still need to write.