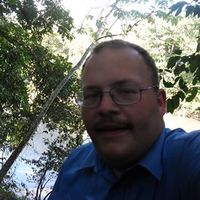 Tell us about yourself and how many books you have written.
I have published one book, the first in a series of sci-fi fairy-tale novellas. I have written the first sequel and am in the editing stages on this sequel Deception.

What is the name of your latest book and what inspired it?
The first book of the Forgotten Princess series is called Impulse.
I started with this brainstorm that it would be amazing to retell Snow White’s classic fairy-tale as a Sci-Fi. (I know, Snow White stories are a-dime-a-dozen, but bear with me.) I imagined proactive dwarfs storming a castle to return Snow White to her throne in an epic fantasy sort of way, set in an alien galaxy where the evil queen was larger than life. (All of the characters in Snow White’s classic fairy-tale are indeed incredibly passive.) And from that simple concept, I developed a new story with a new princess.
Impulse begins with a simple twist on the Snow White fairy-tale. Rather than bringing the guts of a creature to the queen, something that wouldn’t work in a sci-fi (because we now know what human organs look like), I imagined the huntsman presenting Snow White herself before the queen in a death-like state, as Juliet was in during Shakespeare’s classic play. Only, the queen was not satisfied to see a death-like princess, but demanded her heart removed. And with no intention to kill Snow White, the huntsman fled the scene with her in his arms. (I imagined all the scenes of Kevin Sorbo as Hercules, fighting a bunch of thugs while carrying the damsel in distress.)

I started adding properties to this poison. What if the poison that put Snow White into her death-like state hid her memories so that she didn’t know who she was when she emerged from the coma? That simple concept seemed like an interesting place to start.

I sent out a call on DeviantArt, with this pitch in mind. I found a series of concept artists who loved the idea enough to donate their artwork for inspiration. And as the pieces of artwork were added, everything became clear. Old dwarfs were replaced with heroic alien teenagers, the huntsman became a mutant alien, and the story drifted further and further away from Snow White and took on its own life.

Do you have any unusual writing habits?
I have some interesting quirks. I tend to be what some refer to as a “pantser”. That’s to say, I try to write my stories freely without a complicated outline. I’ve been learning to use one recently. But I love those moments where something happens that I, as the author, wasn’t expecting. If I can keep myself excited about what’s happening, I am confident that I can keep my audience excited about it too. I have been writing novella length stories since I was seven years old, and I remember what life was like relying on writing for excitement as a kid. It’s the same excitement I hope to bring to other young ones when they read the stories of this series.

What authors, or books have influenced you?
There were a few I read that improved my writing simply for having read them. Among these are Robert Jordan, whose knack for description helped me significantly in this regard. I do not claim that my writing comes close to his. In fact, I doubt I ever could achieve a similar style. (There were some books of the Wheel of Time where nothing actually happened, yet he told that nothing in such a skillful way that I kept reading. I couldn’t feel as though I’d written an excellent lot of nothing. I wouldn’t have the energy to keep myself excited to write it.)

Naturally, as I read Wheel of Time, I discovered another tremendously skillful storyteller, Brandon Sanderson. I learned what I could from him, in part that a writer needs to hold himself to a higher standard of storytelling for the reader’s benefit. His three laws of magic/technology systems have changed my writing for the better. There are things which happen in my first book Impulse that seem like spontaneous craziness, but I have a governing principle for everything that happened in that book, and if the reader is curious enough to continue, it will be explained in detail gradually. This is another trick I learned from Sanderson. Limit the exposition to whatever a reader needs to know now in order to keep the story moving forward.

I also learned from Eoin Colfer, who is one of my favorite YA writers of all time. Eoin had a way of making the most intense build-up in Artemis Fowl stories resolve in a way that was not only epic but also hilarious. I love humor, particularly character humor. Serious plotlines keep the situation intense; character humor means that the intensity does not need to be sacrificed for hilarity to ensue. (I think, for example, of at least one occasion when a really dangerous situation in Artemis Fowl was resolved because a character passed gas. It made sense for the character. But the danger was real and intense, and though the resolution was unorthodox, it didn’t disappoint.)

Another middle-grade author who influenced me in a positive way was Lemony Snicket. Readers knew that the situations in A Series of Misfortunate Events were going to be grim, the humor would be dark, and the endings would not be happy, and they warmed up to the thought. Snicket wasn’t afraid to write a tragedy, even though most of his contemporaries were writing “Happily Ever After” endings. I learned from him that, if you are a good storyteller, you don’t have to end on a positive note. Even just an indication that things will not always be so horrible can be a tremendous reason to return to a series. I read his entire series as an adult and was never disappointed. So I learned that it is okay to enjoy a middle-grade series by an incredible author even outside of its target audience. I hope that my stories will be the sort that an older audience can enjoy along with the young ones they are meant for.

What are you working on now?
In addition to working on Deception, I have also nearly completed the third and fourth books in the series. I have outlined the fifth book and have a simple concept for the six book, which will complete the series. However, I also plan to expand upon the universe of this series gradually to round out the various storylines. I have found that the characters in the series each have their own unique story to tell, perhaps the most important event in their story is earlier than before the story began. Perhaps it won’t happen until later. And because the universe in which this series is based has a significant history, I would like to return to the history at an appropriate time.

What is your best method or website when it comes to promoting your books?
I am still learning how to do this. I have set up the necessary pages on Goodreads and Facebook. I am also currently developing my own website. But I am going to state here that I really appreciate what awesomegang.com/author-interview is allowing me to do. I am currently building from the ground up.

Do you have any advice for new authors?
Look for help. No one is an author on his own. Brandon Sanderson, the author I referred to as a major inspiration, has at least two pages in most of his books that list everyone who read the book before it was published, gave advice, and kept him reaching out for better things. As stated in the section above on inspiration, I asked a series of artists to share a bit of inspiration with me, and now my story has a part of each of them, and has grown bigger and better as a result. There are places on-line to learn. Search google for most any writing question and someone has a blog or video there to help. Authors today know that for the good of their own platform, giving advice is a good thing. I’ll recommend one that helped me personally: www.helpingwritersbecomeauthors.com

When we ask for help, we let others in on the secret we can’t afford to keep. We want to be writers. Generally, we want others to buy our books. So we need to build our platform from the first page.

In addition to this, fiction writers, ignore the advice to “write what you know”. I’ll tell you why in a moment. But know what you write. If it is our determination to write outside the box, we need to do whatever possible to verify what we can. Fiction is “one big lie”. Fiction Authors “lie for money”. And as anyone already knows, the easiest lies to believe are the ones that are based on the truth. So if you’re going to write fiction, research as deeply as you can.

What is the best advice you have ever heard?
Write what’s in your heart. This is in stark contrast to the advice to “write what you know”.
This was said to me by my 7th grade English teacher. (Hi, Mr. Johnson!) He had just told the class the day before that we should write what we know. Then I turned in a short story about crazy aliens doing crazy alien things (even then, I knew I wanted to be a Sci-Fi writer), and he had to revise his statement. He thanked me for having the guts to write something I couldn’t possibly know about. We can’t always write what we know. But we can write what’s in our heart.

What are you reading now?
I am crazy about Graphic Audio. I listen to their comic book adaptations, but they’ve also produced a number of Brandon Sanderson’s books. And though Michael Kramer and Kate Redding do an excellent job with reading anything, (Seriously, you should hear Kramer read Graendal from Wheel of Time.) Mistborn and the Well of Ascension are way better in Graphic Audio. (I am hoping they will release Hero of Ages soon.)

What’s next for you as a writer?
I have a deadline of July, 2015 to complete editing and revising Deception. Self-publishing a novella is a tremendous lot of work. I am essentially responsible to proof-read and edit the stories myself in their entirety. I also need to check with CreateSpace, my printer, to be sure that the book comes together the way it should. I generally catch the majority of the mistakes long before I send the books to CreateSpace, but there are generally still a few to catch before I release the books to the public. Then I plan to have Conspiracy out by November/December, and Retrospect out by January/February. So a lot of work is ahead for me; but a good book in the right hands is its own reward.

If you were going to be stranded on a desert island and allowed to take 3 or 4 books with you what books would you bring?
Good question. Okay, bear with me. I may lose a few readers, but it’s worth stating. I’d want my Bible. (It’s gotten me through the worst of times. Not even a desert island is so bad when there’s hope to be had.) After that, the book How to Build and Sail Small Boats – Canoes – Punts and Rafts, Robinson Crusoe (for enjoyment reading), and probably a copy of [your own least favorite book here] to use for kindling so I can draw the attention of passing ships as a back-up plan.