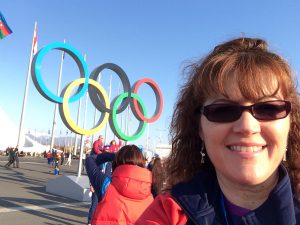 Tell us about yourself and how many books you have written.
I am a new Independent Author, I just started writing in February of this year. Although, I have always had stories running through my head. I was beta reading for Michael Anderle (The Kutherian Gambit Series) and we were talking and he suggested I join his 20books50k group and put some of my ideas down on paper. I joined the group, who all motivated me to start writing my stories down. I created a world that I would like to live in and the story has mostly written itself.

I have 3 books published so far and my 4th book will be out May 13th. I am working on book 5 right now. My first 4 books have been short stories with 70 – 78 pages, or novellas. The 5th book will be a full length novel, if all goes well.

What is the name of your latest book and what inspired it?
My latest book is Eclipse of the Heart, Book 4. It is the continuing saga of my main characters B’Lana, Ash, and Lancer. It was inspired by the characters themselves. This is a story they wanted written, so I am going along for the ride.

Do you have any unusual writing habits?
I have a note app on my phone and it is always within reach. I have had ideas come at the strangest times so I want to always write them down for later. I have ideas all the way up to book 20 and beyond, if I am blessed to keep writing.

Also, in my author’s group, we were discussing names one day. Several of us kill off a lot of characters. Some of mine die without names. I was looking for some cool names and a few in my group volunteered theirs. I have killed off on author (Martelle is in book 3) and in book 4 is another one (can’t share his name yet or it will ruin book 4 for you). I also created a character, name taken from another author friend, who I thought I would kill. Xandrie is a female fae warrior who shows up in Book 3. I was going to kill her. It was to be a gruesome battle and death. But my character didn’t want to die, so she kinda wrote herself into the story and befriended B’Lana. I am running a Twitter campaign to see if readers want her to live or die. You can tweet #KillXandrie or #SaveXandrie and when the time comes I will see which one wins.

What authors, or books have influenced you?
Michael Anderle has mentored me on writing and how to make it your career. I would not be here without his help. But I also have been influenced by KM Shea. She writes clean YA novels that really draw the reader in to her stories and made me realize that I can write a good, clean book that anyone can enjoy, not just young adults.

What are you working on now?
Book 5 to my series. It was unplanned to begin with. I started with an overall story idea and the first part was to be 4 books. As I was writing book 3 certain things happened in my story that were unplanned so I knew I was going to need that 5th book before I could introduce the next part of the story.

What is your best method or website when it comes to promoting your books?
I am still new to this, but so far I have seen my best results with BKNights in Fivver and with BooksGoSocial. I have a few more places I am working with and looking forward to giving them a try. One is BargainBooksy.com, that promo is coming up on May 13th when I launch book 4. Then I have two giveaway promo’s I am in; one in June and one in July. I am keeping data on sales, book and author rankings so I will know which ones work best for me.

And I will be using AwesomeGang this next week for the first time! I have heard really great things from those guys, looking forward to seeing the data.

Do you have any advice for new authors?
Join a writing club. There are a ton of them out there! You need their support and encouragement. Find a mentor if you can, that has helped me. I can’t say enough good things about Michael and how he has helped me. He even did my first two book covers!

What is the best advice you have ever heard?
Don’t fear social media. It is too important to overlook. I hated Facebook, that’s right. I was one of the few who did not have a FB account, if you can imagine. But once I started writing the other authors told me I had to have one. So I created a site for my book series and have even done some FB promotions.

I already had a Twitter account, so that wasn’t too hard for me. I didn’t have many followers. I started with 85 followers and within 5 weeks added another 500 and counting. Some are really awesome authors who will RT my tweets when I have a new release. When that happens, my tweet gets sent out to over a million accounts now. It has really grown since I did the BooksGoSocial promo. I ended up with almost 200 followers just over the weekend from them. And my KENP doubled that weekend. I do believe it was from all of the tweeting about my new book.

What are you reading now?
People Raged by a friend, Craig Martelle (he is the author I killed in book 3). It is book 1 in his new series and totally different from what I usually read, but also very exciting. Who doesn’t love a good spy novel? Next up after this book is The Sanction Series by HJ Lawson. It is a YA Sci-Fi Dystopian series.

What’s next for you as a writer?
I just returned from Santa Barbara doing research for book 5. There are some interesting local legends I wanted to learn more about and possibly add them to my story. Some where exactly what i was looking for and some weren’t. My mind turned some of their local lore into something that I think will be extremely exciting and new for my world. Which helps to segue into my origins story for the entire world I have created. Book 6 will be more like a prequel then the next part of the story. It will however, start off at the end of book 5 then go back in time a few thousand years. I will give you a teaser, the fae and rippers actually came from Earth back when it was still young. They are a distant relative to the Nephilim. But I don’t want to ruin the surprise so no more spoilers for you!

If you were going to be stranded on a desert island and allowed to take 3 or 4 books with you what books would you bring?
Snow Queen by KM Shea, I have read it twice already and could read it many more times!
Pride and Prejudice by Jane Austen, who couldn’t read about Mr. Darcy over and over forever?
Anna Karenina by Tolstoy. I have started that book many times, once in Russian, and can never finish it. It’s too big to keep my attention. So if on a deserted island I should have time to finish it.
I would love to bring one of Michael Anderle’s books, but I would die if I couldn’t read the continuation! So maybe my 4th book would be the conclusion to KM Shea’s Snow Queen, Sacrifice. I hate to leave a story unfinished. Which is why I have trouble reading traditionally published books; they take 12 – 18 months to put out their next book in a series and I hate waiting. That is why I will publish every 2-5 weeks in my series, depending on the length of the book.