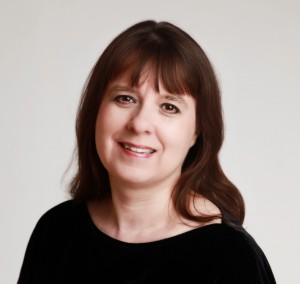 Tell us about yourself and how many books you have written.
I’m a UK writer, based in Cambridgeshire in England. I’ve written and published three books: two of poetry, “Cats and Other Myths” and the multi-award nominated “Songs of Steelyard Sue”, and a dark fiction novel, “A Darker Moon”. My second novel, “Witchlight”, comes out from Vagabondage Press in May 2015

What is the name of your latest book and what inspired it?
That’ll be the new novel, “Witchlight”, which comes out in May 2015. It’s a tale of witchcraft and love and what can happen when you suddenly discover the world is not as you once thought it was.

Specifically its about Holly, who has been mortal all her life. Now at thirty-eight, her fairy godfather arrives to tell her she’s a witch, and suddenly she’s having to come to terms with the uncertainties of an alarmingly magic-fuelled world. Magic is not like it is in the books and films, and Holly starts to doubt whether her fairy godfather, Partridge Mayflower, is the fey, avuncular charmer he appears.

When appearances are magically deceptive, Holly cannot afford to trust those closest to her, including herself. Accidents start to happen, people die, Old Magic is on the hunt, but in the age-old game of cat and mouse, just who is the feline and who is the rodent?

From March until May special e-preview copies are available.

As for the inspiration? I guess it’s years of reading and loving tales of myth and magic.

Do you have any unusual writing habits?
I don’t think they are unusual, because I do them, but I write all my first drafts long hand, which in this modern computer age is, I guess, a but unusual.

What authors, or books have influenced you?
Too many to name, but if pushed I would quote Ray Bradbury, Alan Garner, Rosemary Sutcliffe and Sylvia Plath.

What are you working on now?
An unnamed sequel to “Witchlight”. It started off with a title, but I’ve since realised it doesn’t work, so I’m looking for a new one.

What is your best method or website when it comes to promoting your books?
Mt website is at www.jswatts.co.uk. I’ve also got a Facebook page at https://www.facebook.com/J.S.Watts.page

Do you have any advice for new authors?
Keep reading, writing and submitting. Just don’t give up.

What is the best advice you have ever heard?
It takes a lot of rejections to get published.

What are you reading now?
“Alias Grace” by the wonderful Margaret Atwood.

What’s next for you as a writer?
Finishing the sequel to “Witchlight” would be a good thing. I’m also hoping to put together a new poetry collection in the next twelve months or so.

If you were going to be stranded on a desert island and allowed to take 3 or 4 books with you what books would you bring?
The Complete Works of Shakespeare, The Collected Poems of Sylvia Plath, The Complete Works of Ray Bradbury (if there isn’t one, there ought to be) and Sword at Sunset by Rosemary Sutcliffe.