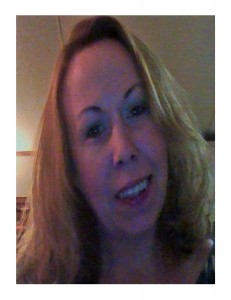 Tell us about yourself and how many books you have written.
I am a wife and mother, first and a full time writer, second. I have always loved to tell stories and when I started having children, I found that I was pretty good at making up stories to tell them as I put them in bed. I started college, a little bit later than most. I waited for all of my children to get in school, before I began to further my education. I am now very proud to say that I hold a Bachelor’s degree in Business Administration. I found that I really loved to research and actually liked to write the essays that there were so many of.

I began to write, because I was sitting for many hours each day, in the middle of nowhere, as I was working in the oil field industry and watching over crews. There was so much down time, that I found myself playing on my computer and one day I thought to myself that I wanted to write a short story and see how that went. I turned the short story into three full sized books and have not stopped writing since then. I have stopped doing that job and now work as a writer and have an office at my house.

I have published three books and written one screenplay and am currently consulting with another writer on a horror story.

What is the name of your latest book and what inspired it?
My latest book is, Risen, it is the third and last book in The Phoenix Series. I was inspired by the Divergent series, in which the first two books were told by the female lead and the third book was told by the male lead. I had planned on writing at least three books for the Phoenix Series, anyway, after reading the Divergent Series, I decided to write it in the male leads voice.

The Phoenix Series was inspired by the fact that so many legendary and mythical creatures have had many stories written about them in the last few years. The legendary Thunderbirds or Phoenixes do not have many stories told about them, so I saw that as a great opportunity to move into the fantasy genre, using a completely new creature and a new idea about what they are and what they do.

Do you have any unusual writing habits?
I know that many authors have their little idiosyncrasies, but I don’t. My house is not often a quiet place and I have adapted to the noise, so I can write practically anytime and anywhere. I prefer to write when my husband is at work and my youngest daughter is at school, but if I only wrote during those times, I would never get anything finished.

What authors, or books have influenced you?
I started out reading the Bronte sisters, my favorite book is still Wuthering Heights by Emily Bronte. I aspire to write as well as she has one day. My recent influences are too many to mention. I am reading so many Indie authors now, that it makes it hard to chose a favorite. I am loving this new time for writers and readers.

What are you working on now?
I am currently working on a book titled, Grace. It is extremely different from my first books, as it is set in the late eighteen hundreds, in Ireland. My inspiration comes from a story that I used to tell my mother, starting when I was about three years old. I hope that the story entertains people, but I really wrote it for myself. My parents both passed away fourteen years ago and I am writing this book as a way of finishing the story for my mother, I think that she would like that, as she was an avid reader and always enticed me to tell her the story, over and over again, trying to pull new details out of me.

What is your best method or website when it comes to promoting your books?
I am still learning about this part of the business. I have found that Twitter has helped me to promote my books as well as hooking me up with so many helpful people and organizations, including Awsomegang.com. I also like Book Daily and Good Reads, they are really helpful, too.

Do you have any advice for new authors?
My advice to new authors is to not be afraid to tell your story. Some will like it and some wont, do it for yourself and whatever comes out of it is all gravy after you have made yourself happy. Don’t wait for a publisher to accept you, do it yourself if you have to.I have read so many independent authors work and loved something about every single one of them. Once you have one book out, do not stop there! You will get better with each book that you write, so keep on writing. Read a lot yourself, it helps stimulate your creativity.

What is the best advice you have ever heard?
My husband gave me the best advice, when I talked to him about writing a book, “Try it, it doesn’t matter what happens with it, at least you tried.”

What are you reading now?
Brilliance by Marcus Sakey, is the book that I have just began, it is pretty great, so far.

What’s next for you as a writer?
I am going to continue writing books and screenplays. I have also started making book tracks for the books that I have published so far. I wrote a short scary story, exclusively for Booktrack.com it is titled, “The Hook Man”

If you were going to be stranded on a desert island and allowed to take 3 or 4 books with you what books would you bring?
“Wuthering Heights” of course, then “Gone Girl” and “Fifty Shades of Grey” those three should keep my writing juices flowing and I could write my stories with a twig, in the sand.