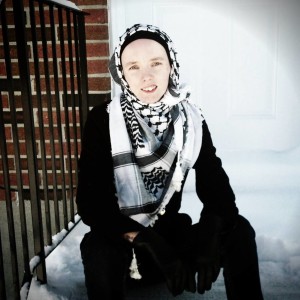 Tell us about yourself and how many books you have written.
My name is Jamila Mikhail, I’m 21 years old and I am currently the author of one published book. It was always my lifelong dream to write and publish a book because I’ve been writing in several languages ever since I was old enough to hold a pen. I’m brand new to the indie author scene and so far I’ve been absolutely loving living the dream even if I’m mostly unknown in the business!

What is the name of your latest book and what inspired it?
My most recent book is called “Innermost” and it’s a compilation of emotional poetry that I’ve written over a span of nearly half a decade, but mostly around the time of my PTSD diagnosis. It was actually my therapist who suggested that I begin to write seriously, and not just as a hobby, but it’s not until recently that I could build a proper platform to accomplish my dream. Innermost is really about all of the emotions known to the human heart, the good ones and the bad ones and whatever falls in between.

Do you have any unusual writing habits?
Indeed I do! Ironically I can only write when I’m doing something else at the same time. I know, I know, multitasking is said to be unproductive, but personally I’ve never been able to do otherwise. If I just sit there and force my head to come up with words and sentences and whatnot it feels like writing is a chore and not an escape from life. Inspiration usually just strikes me out of nowhere when I’m doing something else, so it’s while keeping busy that I’m usually the best at being a writer.

What authors, or books have influenced you?
This is a very hard question to answer because I’ve read so many books that have impacted in so many ways over the years. I have quite an obsession with clean romance novels, and anything related to the 20th century. I can easily say that the book that had the greatest impact on me was “Death Dealer” by Rudolf Hoess though, after reading it I finally understood what Mikhail Bakunin meant when he said “Real humanity presents a mixture of all that is most sublime and beautiful with all that is vilest and most monstrous in the world.”

What are you working on now?
I’m currently working on a youth novel called “Don’t Let Me Go” that is set to hit the marketplace on July 1st. It’s my way to tackle the epidemic of anxiety, depression and other mood disorders among teens and other young people. I’ve been there and reading something I could relate to was more often than not my escape. By writing and publishing this book it is my hope that I can pay it forward.

What is your best method or website when it comes to promoting your books?
Because I’m a poet I’ve found myself to be right at home on Realisticpoetry.com but I’ve also made great connections on Instagram. I’ve also done surprisingly well at doing good old fashioned promotion by hand with postcard-sized cards I had printed advertising my book. Even those who didn’t care for the actual book commented on how stunning the card was!

Do you have any advice for new authors?
Don’t get discouraged! There’s no one way to go about writing, publishing or marketing. Just because one method didn’t work for you it doesn’t mean that you are a failure. Other authors are so quick to tell you how it should be but the truth is that this industry is a trial and error process for success. It’s important to have a plan but ultimately you’ll have to craft your own that caters to your specific needs because no two books are the same!

What is the best advice you have ever heard?
“Don’t be afraid of what it might cost you.” This wasn’t so much about a financial cost, but more towards an emotional one. Battling PTSD has left me with a distorted self-image and I greatly lacked confidence in myself.

What are you reading now?
Unfortunately I can’t say that I’m reading much for leisure right now because I have about a dozen books about WWII and the Holocaust lined up for a university level correspondence class that I’m currently taking about the history of major global conflicts. I suppose that “The Psychology of Dictatorship” by G.M. Gilbert would still count in this case, no?

What’s next for you as a writer?
Next up I plan on entering my current published book and the upcoming one into several contests and once I have three or four books on the market I’d like to start doing festivals too. Hopefully along with that modest success will come next too!

If you were going to be stranded on a desert island and allowed to take 3 or 4 books with you what books would you bring?
I’d most likely bring books about spirituality and astronomy because they are really the only two topics that I know I can ponder endlessly and never reach a definite conclusion. Thinking about the past would drive me crazy because it would be out of my reach, and contemplating the future would be very painful knowing that I might never get there, but I can ponder the meaning of life and death, the afterlife and what’s hidden beyond the stars forever and each time it takes on a different form and I come to a different conclusion.