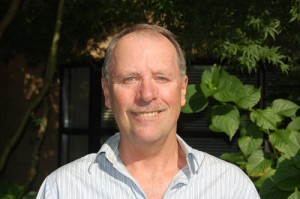 Tell us about yourself and how many books you have written.
I currently have one completed novel, ELDORADO, and one completed novella, CHOPPER MUSIC. Both are currently available on Amazon. A second novel is scheduled to be released at the end of May, and I have two more in the works. I’m hoping to release at least one of those sometime this year.

What is the name of your latest book and what inspired it?
My latest book is called ‘The Arx’. It’s about an ex-homicide detective on medical leave after a mental breakdown, who stumbles on a bizarre conspiracy and can’t convince his former colleagues that it’s real.

Without giving away too much, it features an ‘underground’ group who have lived among the rest of humanity undetected for years. I’ve always been fascinated by the idea of secret societies living in our midst.

The book also has a medical component, which was inspired by thinking about the side-effects of drugs people take believing that they’re harmless.

Do you have any unusual writing habits?
I take the ferry from Vancouver, where I live, to Victoria, on Vancouver Island, quite often (one and a half hours each way), and I do a lot of my writing on the ferry.

I prefer to write outside my home, typically in coffee shops, I think because going somewhere specifically for the purpose of writing gives me an added incentive.

What authors, or books have influenced you?
I love the old classic adventure stories, especially ones taking place in exotic locales. I recently read James Hilton’s ‘Lost Horizon’, and loved it. Those are the kinds of books I want to write as well.

What are you working on now?
I’m working on two books at the same time. Both are Science Fiction, and both are Young Adult. I’m really excited about both of them. One takes place in the relatively near future, where a single medical treatment changes the lives of all who receive it, but in ways they can’t predict. The second takes place far in the future, on an Earth that is unrecognizable from the one we know now.

What is your best method or website when it comes to promoting your books?
I don’t have enough data to really say which sites have helped me the most. Would it help to say ‘Awesomegang’?

Do you have any advice for new authors?
Write because you love doing it, not for the money. The money may come, it may not, but the joy of creating something is guaranteed. I may be naive, but I believe that if you write a great book, people WILL read it.

What is the best advice you have ever heard?
Godda Wanna – translation: if you want to achieve anything you’ve got to work for it.

What are you reading now?
I’m just finishing off a great non-fiction book on travel and surfing called ‘Island Explorer’ about a group of people sailing around Indonesia on a quest for the best surf spots. Love it.

What’s next for you as a writer?
I plan to keep writing things I love to write, and I hope (and believe) that people will love to read them. My immediate goal is to finish the two novels I’m working on. I don’t generally go in for series, but one of them will probably end up being two or three books before it’s finished.

I’ve got several other ideas on the back burner, which I may or may not ever get time to complete.

If you were going to be stranded on a desert island and allowed to take 3 or 4 books with you what books would you bring?
Something long, with lots of characters, like Tolstoy, or Proust.