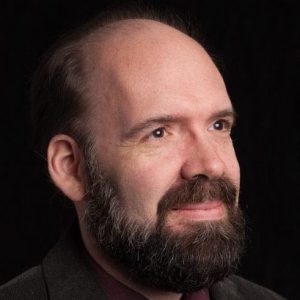 Tell us about yourself and how many books you have written.
My first and so far only book is an intentional hodgepodge with a strong medical mission. I grew up in Massachusetts, in a little town full of trees and stone walls called Boxford. It is about halfway between Boston and New Hampshire which means that it has had one continuous building boom from the 1980’s up to the present. As a child, I loved going on long walks and communing with nature. However, seeing the landscape go from trees and meadows to blank lawns of Kentucky blue grass inspired a deep sense of urgency for wildlife conservation.

I decided that I wanted to be a biologist when I was in the 3rd or 4th grade and then I just relentlessly pursued that path. Eventually, I majored in biology at Cornell University. After several years of doing low paying jobs in research and volunteer work in East Africa, I landed a scholarship to do graduate studies at Columbia University studying wild monkey populations in Kenya and population genetics back in New York City.

Then, in 1997, I regained consciousness in Lawrence General Hospital with gigantic chunks of my memory permanently missing. Life went crazy after that. Being a biologist gave way to writing about medicine.

What is the name of your latest book and what inspired it?
My book is “Tacking on the Styx – an Epileptic Sails the Facts, Fiction, and Philosophy of a Mental Illness”. In boating, tacking, or zigzagging, gives progress against a current. If you have epilepsy, you are routinely coursing to Hell and back again. Life zigzags, you don’t have a strong engine, and the current runs against you.

While my book offers a maximum education for anyone interested in the disease, my most cherished reader is any college – age person interested in going to medical school. My second greatest targets are the family or friends of someone with epilepsy. These are all people who most need to understand the psychological impact of the disease (followed by educators and employers).

Epilepsy is the most enigmatic disease in the world. People with epilepsy are also the most stigmatized demographic group – more so than racial minorities or people with other mental illnesses – as determined by marriage rates, employment, and other measures. Part of this stigma likely comes from people simply not knowing what to make of us. That we have a physical illness is indisputable, but if you ask anyone, and this includes doctors, if we have a mental illness, you will get an awkward and confused response.

Why do I call epilepsy a mental illness? Well for one thing, the most common form of it – the type in which a seizure sparks up within the brain’s temporal lobes – can wreak havoc on a person’s ability to consolidate new memories and recall old ones. Every interaction you have with the outside world involves memory, so how can a person think that someone can not be in need of psychological counseling to cope with a new life?

I’ve stood outside of my bedroom door of my parent’s house – the one in which I grew up – and not been able to remember what color the walls are painted or how many windows are in them. That experience is pretty darn traumatizing when you finally open the door, sit down on the bed, and ask yourself ‘how can I hold a job when I cannot even picture my own bedroom in my mind?’ Psychiatric counseling could help a patient cope with such an issue… but epilepsy is not considered a mental illness. Sudden amnesia can take a grown man’s confidence level and reduce it to that of a seven – year old boy.

Pathological brain activity that doesn’t erupt into an outright seizure can have all sorts of unexpected behavioral issues as well. You can suddenly start writing all sorts of gibberish during a school exam (such as a qualifying examination for PhD candidacy). You can unexpectedly get lost going some place that you’ve gone to hundreds of times. You can freeze up your speaking abilities temporarily while on a date. And, really grotesquely, you can spontaneously have an orgasm while you’re drinking your morning coffee. Professionals even used the term ‘orgasmolepsy’ at one time!

But good luck finding a medical worker to counsel you on how to cope with such issues. So I wrote a book to interest tomorrow’s healthcare professionals in the psychology of epilepsy.

Do you have any unusual writing habits?
Well, “Tacking on the Styx”, itself, is unusual for its hybrid style. I wrote a short novel, and at the same time, I integrated text – book sections of science and philosophizing at appropriate locations. For example, my main character has an unexpected bout of impotence with his girl whom he hasn’t seen for a while. Some time later, he has the opposite experience where the sparks in his head turn him into the Man of Steel (while having a hard time thinking coherently). In between these story sections, I break into a factual discourse on the sexual issues of epilepsy of which there are many. Again, those parts are written in a college textbook manner.

Otherwise, my illness with its memory impairment causes me to reread everything that I write an absolutely insane number of times. I write something, and then three hours later, I have lost track of most of what I have written down. I have difficulty keeping track of my own plot lines. It often feels very discouraging.

What authors, or books have influenced you?
“Tacking on the Styx” is so unique, that I honestly cannot point to any one in particular. Probably the hundreds of science writers and grad school professors whom I have either read or worked with have been the larger influence for my science writing. Science writing involves looking at hundreds of small articles in medical journals. Epilepsy has been researched and written about for so long that there are no dominant authors in the field. I guess whatever authors have advocated against calling epilepsy a mental illness are the ones who have influenced my writing the most, albeit indirectly. They made the book necessary.

Otherwise Jill Robinson and her book, “Past Forgetting”. My fictional writing is similar in format to hers, albeit from a single man’s perspective. I’ve gone several steps beyond others by using my scientific training to include medical non-fiction.

What are you working on now?
As an author, a book on time travel. As a businessman, I spend a lot of time building my website, www.tackingonthestyx.com.

What is your best method or website when it comes to promoting your books?
I have an unexpected archenemy on the internet. His name is also Jeffrey Hatcher, and he is a famous play write and Broadway producer. If you google our name, I used to show up on page 7, 8, or 21 of the search results, because he is omnipresent on the web. Naturally, I hate him.

So my first concern is not so much promoting my book, but rather, getting recognized by search engines. That can entail a myriad small things – putting up my brain MRI on Flicker for example. I made the cover of Popular Science for an article “Pregnancy actually re-wires your brain“ at https://www.popsci.com/pregnancy-re-wires-brains-moms-to-be/ . The brain you see is me 🙂 . Obviously, I’ve never been pregnant, and any neurologist can see that my brain dimensions are very masculine. But my MRI had the sharpest detail at the time so that’s just one little way of getting attention on the internet. Another way of biting into Broadway Jeff’s Google turf is through online interviews like yours.

Do you have any advice for new authors?
If you are self published, Google your name!!! If you share a name with someone famous you might be doomed! Consider writing under a pseudonym but think carefully about how Google will react to it (BTW Yahoo and Bing are worthless – don’t think about them).

You might be able to ride the coattails of someone who is moderately well known. I have not yet tried doing so. An historical figure who has little contemporary web presence might have something to offer. Read up on SEO (Search Engine Optimization). Daniel Neal Armstrong Webster might be an ideal pseudonym. Experiment!

Also, if you go Indie, question your potential publisher about what range of retail price your book will likely have. If they act evasive, run away very fast. Do not do business with them. The paperback edition of “Tacking” had a $65 noose put around its neck! Does it sell? I don’t really need to answer that question, do I?

What is the best advice you have ever heard?
Don’t worry. Be Happy.

What are you reading now?
An assortment of manga – the visuals give my brain a rest. I also read and review a variety of new releases that I receive free from Librarything.com.

What’s next for you as a writer?
Science fiction with a literary bend to it.

If you were going to be stranded on a desert island and allowed to take 3 or 4 books with you what books would you bring?
In spite of being an atheist, probably a Bible. It’s just that influential. Robert Frost’s poetry is a favorite. Poetry is a calisthenic for an amnesic mind. A blank notebook for writing. Lastly, something a bit carnal – it is a deserted island after all ;).