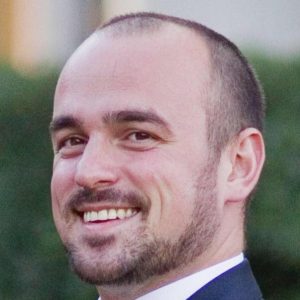 Tell us about yourself and how many books you have written.
I living in Australia. I have self-published “City Living” available on Amazon Kindle and Paperback. I have a second novel “Quantum Work” which will hopefully be completed in early 2019 and a third untitled novel that I am currently working on.

What is the name of your latest book and what inspired it?
“City Living” was inspired by a very bad day at work. I looked at a bunch of homeless people and thought, ‘that strangely makes sense’. Within an hour I formulated a story about an entitled protagonist that turns homeless because he’s a bit too stubborn. I also wanted to bring up how ridiculous it was that we as humans put ourselves through the stress of working life.

Do you have any unusual writing habits?
I drink a bit. I usually just sit in front of the screen and get it out. When the inspiration comes, it just comes. As I’m writing I usually have a jolt of inspiration, connecting two characters somehow of remembering a small thing that happened a few chapters back that could be of use. I subscribe to Jack Kerouac’s method of spontaneous prose fairly heavily. I am hesitant to change a story once I wrote it, since how I wrote it at the time was how it was meant to be written. This is not spiritual, it’s just the way it is.

What authors, or books have influenced you?
Jack Kerouac, as mentioned before, is a heavy influence for me. I would say that Ernest Hemingway is too, thanks to prose simplicity. Annie Proulx inspired me to avoid writing boring characters or characters without fault.

What are you working on now?
I am working on a story about a man named Nathaniel Stewart; a man presented as being capable and successful in life, but through this surface is actually a terrible human being. It is inspired by the lack of decent leadership in contemporary organisations.

What is your best method or website when it comes to promoting your books?
I’m new at this. My facebook page www.facebook.com/authorjimmyjamesscott has been the bulk of my promotion although I’m also on Instagram www.instagram.com/jimmyjamesscott

Do you have any advice for new authors?
Don’t do a writing class, don’t try to be someone else, don’t listen to anyone including me. You write your story, or whatever you want to write, but make it yours and yours alone. Amazing authors of the 20th century didn’t need a class to learn how to write and neither do you. You have a story in mind, so you have a starting point. Create your structure, stick to it.

What is the best advice you have ever heard?
“Don’t take any guff from those swine” (Hunter S Thompson in “The Rum Diary”

What are you reading now?
An hour ago I finished a book called “Babble and Squeak” by Mark Kotting. Next stop is “What Ends” by Andrew Ladd. I picked up a few paperbacks recently and making my way through them. Soon I will be back in University and I won’t have time to read for pleasure.

What’s next for you as a writer?
I want to get my second novel “Quantum Work” out by March. It still needs to go through editing and beta reading. I’m not sure how it will be received.

If you were going to be stranded on a desert island and allowed to take 3 or 4 books with you what books would you bring?
“On the Road” by Jack Kerouac, “Catch-22” by Joseph Heller, “1984” by George Orwell, “The Beach” by Alex Garland